Mule Polly and I got to wondering. How often is the “Lost Sea Expedition” being streamed on Amazon? The series is about mule Polly and my solo wagon voyage across America. According to Amazon, it’s been viewed over 700,000 minutes in the last 3 months. That’s almost 12,000 hours. Wow!

The “Lost Sea Expedition” premiered on Rocky Mountain PBS and has gone on to become an award winning film.

More important, the series has gotten over 80 reviews. 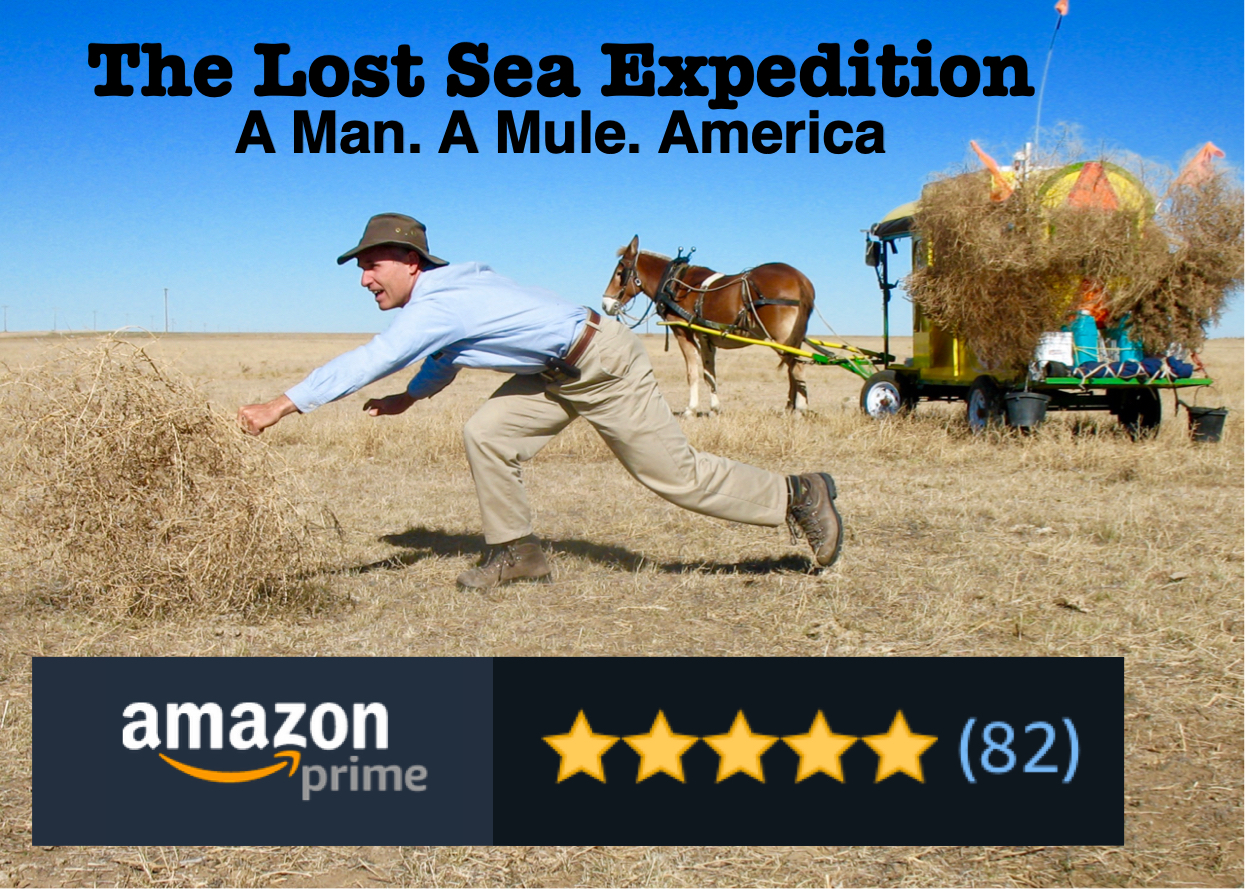 I filmed the series with only the gear I carried in my wagon. This gives the “Lost Sea Expedition” an authentic spirit that viewers appreciate.

These reviews are vital. They show Amazon the series is engaging viewers. That means Amazon (okay, Amazon’s algorithm) encourages folks to stream the series. That really helps word get out about this beautiful series.

If you’ve reviewed the series already, a hearty thanks. If you haven’t, it would be great if you did. A few words and a few seconds is all it takes. You can do that right here.

Thanks from mule Polly and me!

PS: If you haven’t watched the series yet, you can stream the series right here.