Along the American Sahara – Cactus, CA 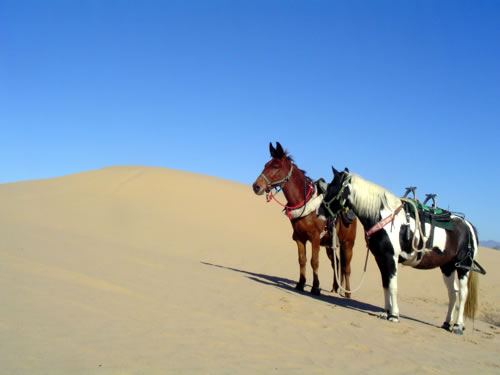 They once called it The American Sahara, that line of sand dunes that drifts from Yuma toward the Salton Sea.

Then some geographically correct person re-baptized them the Imperial Dunes. As in the Imperial Valley where they grow truck loads of lettuce and alfalfa. Suddenly the dunes sounded tamer. Smaller. It sissifies mountain of sand to re-name it after a garden, even if it’s one of the nation’s biggest carrot producers.

But just what is large? Does the name of a sand pile matter if it takes your mule three days to traverse?

I rode Woody and Maggie up into the dunes and turned them loose. Suddenly we all got smaller.

It got me to thinking. What if you’re a zebra-tailed lizard? What if you’re one of the mysterious desert dwellers that identify themselves more by tiny tracks than roaring or braying?

After I came down from the dunes, I just hand walked Woody and Maggie along the sky swept sand embankment.

Every day, from dawn until the sun was three handbreadths above the horizon (the hand is the relative measure of sun time out here) I studied tracks in the sand. 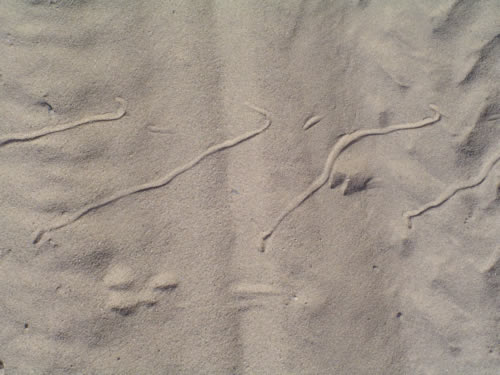 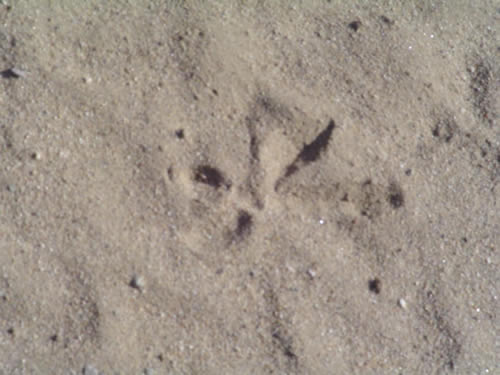 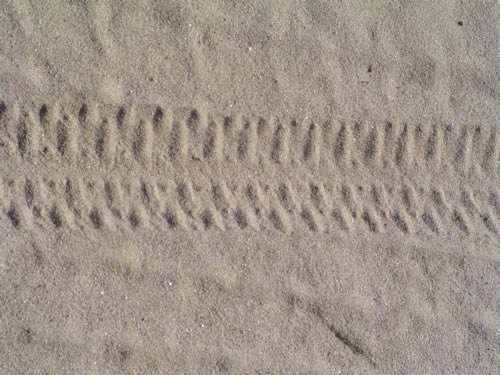 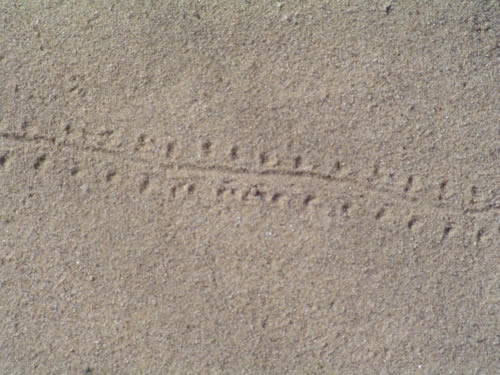 At four-hand breadths above the horizon, the sun burned the shadows from the tracks and they melted from sight. Melted too, out of my brain, were thoughts of carrots and potatoes and turnips.

To men on foot and mules, these sands will always be the American Sahara.