During this week’s 90 mile shakedown cruise from Oriental, NC to Lowland and back, my old Canon started loosing its mind. The lens blades stuck. The flash stopped working. That speck in the sky wasn’t a plane. It’s not dirt on your screen. It’s crud deep down near my camera’s mind’s eye.

Seeing the photos reminded me of the soon-to-be-deceased. Right before they die, they go through death throes and say some funky things. Or maybe it’s just jibberish. Either way, it’s off just enough to get your attention.

There was something endearing – and spooky – in the warped final result. Here, in a crippled hindsight sort of way, are glimpses of a wagon voyage through Pamlico and Beaufort Counties, North Carolina. 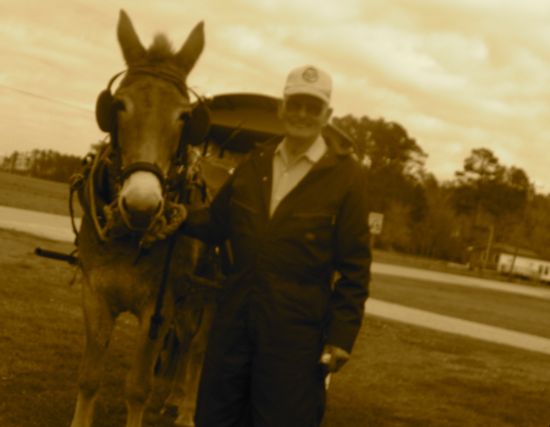 Ray. Ray will be 93 in August 2012. I ran into him in his driveway. His hand was bleeding and he was trying to stem the flow with a rag. It wasn’t working. Sensing he wanted a wagon ride, I loaded him up and took him for a two-hour spin. Showed me where he sparked as a young man. The house where the girl lived was buried in wisteria. I didn’t ask where she was. Made his day. Didn’t get any blood on my wagon. (Lowland, NC) 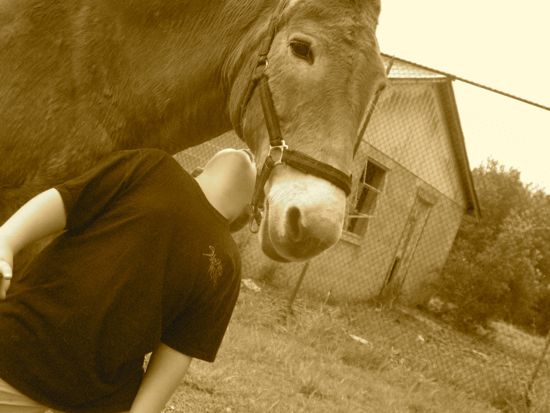 Mule Limbo. I was camped in front of the abandoned Lowland community center. It flooded in Hurricane Irene. Looks like it had been abandoned before that. Some kids visited Polly. Found she made a pretty good limbo pole. (Lowland, NC) 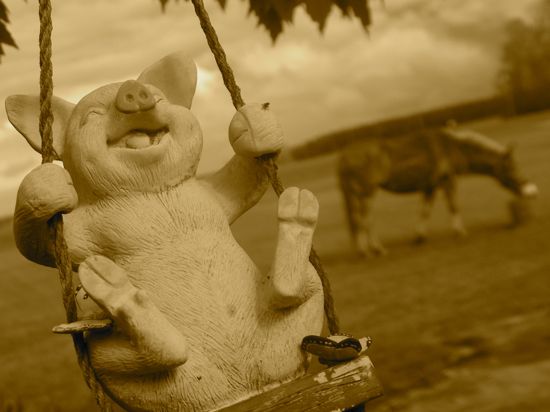 The preacher’s pig. The seventh night of my trip, I stayed at a preacher’s house. This pig was hanging in his tree. There was a wind chime in the branches and when a thunderstorm came through, it sounded like that pig was tinkling. Didn’t bother me one bit. The pig seemed amused. (Aurora, NC) 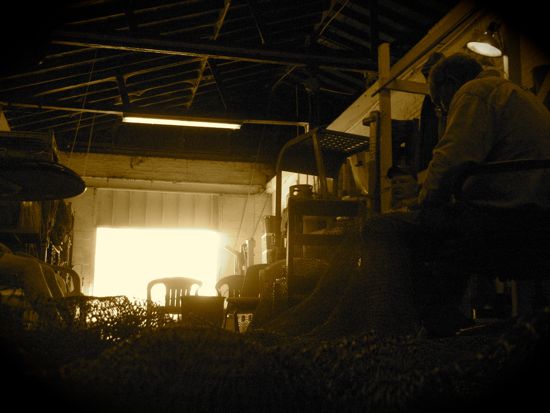 Virgil Potter’s net house. Virgil builds nets in Bayboro. Has so for years. Says the fishing’s gone to hell but he managed to scrounge up some new net for me. Gave me a netting needle, too. Even loaded it with twine. I plan to make a net sling for holding potatoes aboard the wagon. (Bayboro, NC) 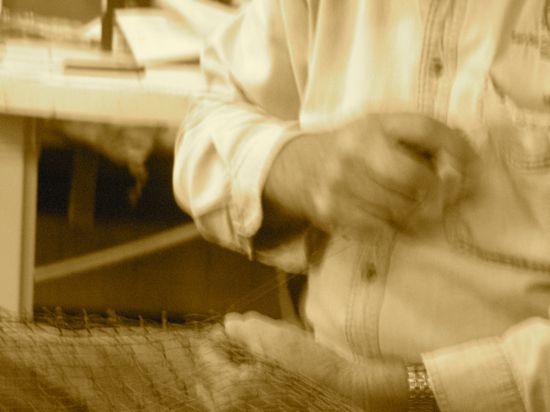 Virgil Potter building a new net. Virgil’s built nets so many years, I swear you could cut off his hands, drop them on the floor next to a wad of net. And they’d put together a decent seine. That’s muscle memory.

I have to thank you for the efforts you’ve put in penning this website. I am hoping to check out the same high-grade content from you in the future as well. In fact, your creative writing abilities has encouraged me to get my very own site now 😉