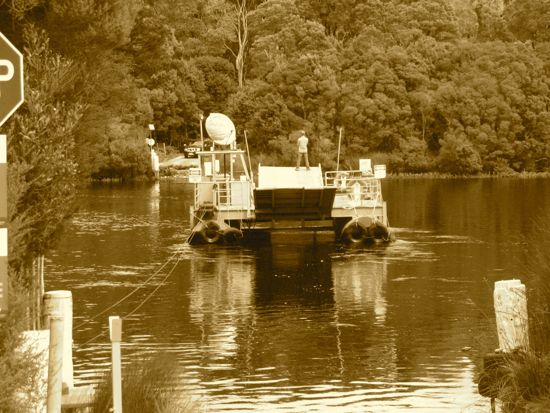 Traveling around Tasmania on my rapidly disintegrating bike, I recently had the honor of spending a few days with the crew of the “Fatman”, Tasmania’s smallest, remotest ferry. In the course of of my visit, I had a chance to take a turn at the helm.

A lot, it turns out, like driving my ten-dollar bike. In places where you’d expect high dollar, legit parts, you’ll be more likely to find a lawn mower throttle with a wood handle. Or a plywood dash with wires bulging out the back like a 12-volt afro.

In the audio recording you’re about to hear, I turn to Nick Johnson, one of the Fatman’s operators, for some answers. As the clip starts, I’m talking with him in Fatman’s wheelhouse – asking him how he, a guy from “the good old U. S. of A….” got a job driving a Tasmanian ferry. 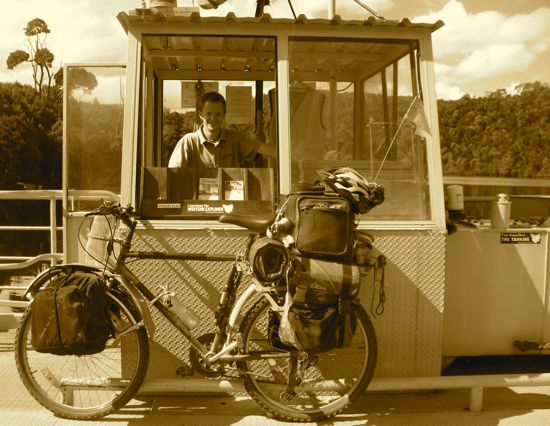 Nick, the Fatman and the bike

Then the chat takes a twist. He fires up the ferry and lets me take her for a spin across the Pieman river. As I’m standing behind the controls, he points out all the quirky bits to his marvelous charge.

Ready to join Nick and me at the helm? Then hit the audio button and let’s get under way…. 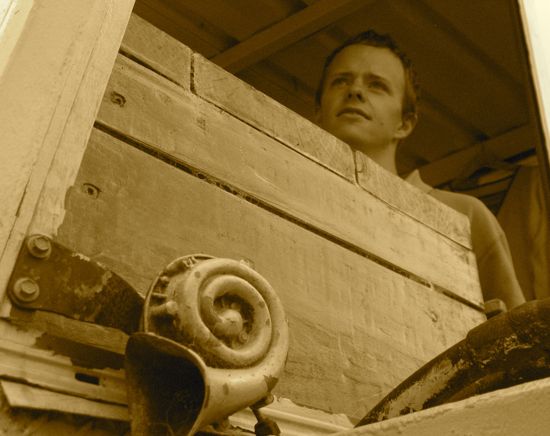 Nick and the Fatman’s horn. 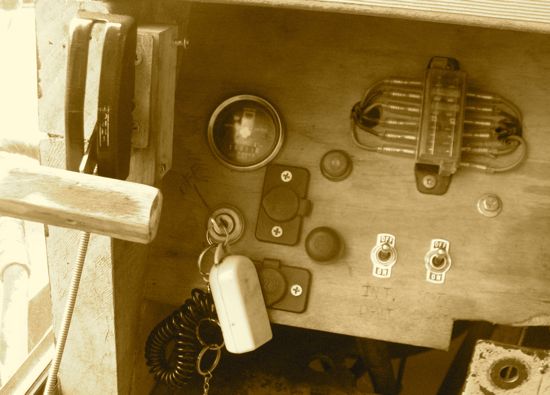 A control panel to make Radio Shack proud: the keychain, visible at the bottom left, once operated the solar powered safety barriers – until they broke and were replaced by a yellow board and two sawhorses 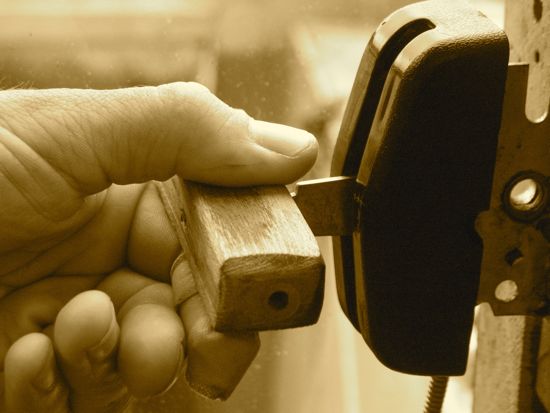 The throttle: once it controlled a mower, now it controls a ferry. 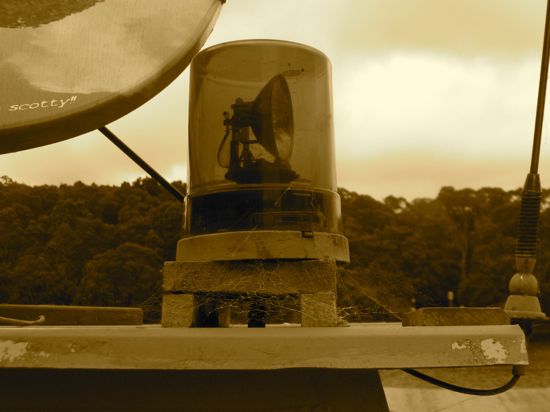 The rotating yellow light: it’s supposed to spin while the Fatman is under way. During the interview it jammed to a stop – but was restarted with a firm thumping. 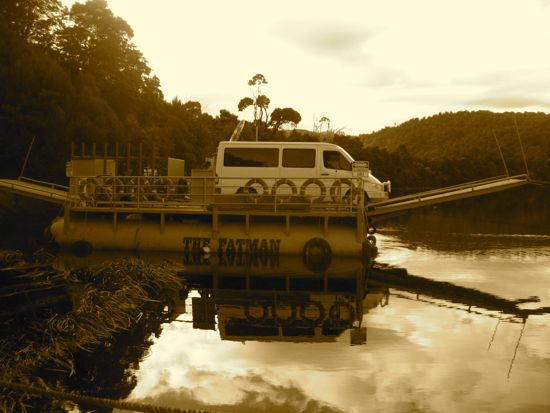 Another load: the Fatman crosses the Pieman River with another vehicle.