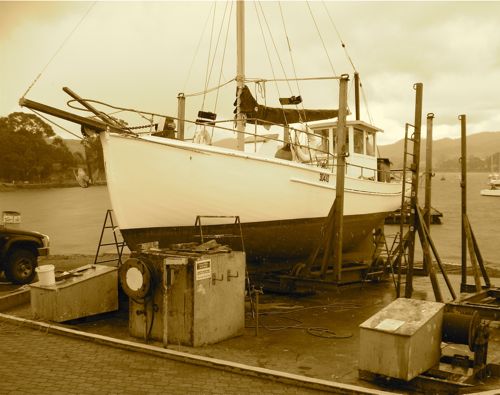 Okay, so a man looking for a horse in Tasmania gets distracted. During a recent shower outside Cygnet, I tucked into a small shelter overlooking a marine railway. That’s where I found “Chaparral”.

Chaparral is a tradition fishing boat of the sort used by fisherman in the Cygnet, Tasmania area. Descended from a long line of fishing boats, she still sports a sailing rig. Look closely and you can see the mainsail bent to the boom (it’s covered by a sailcover). The sail acts to steady the boat while underway. It also provides propulsion. 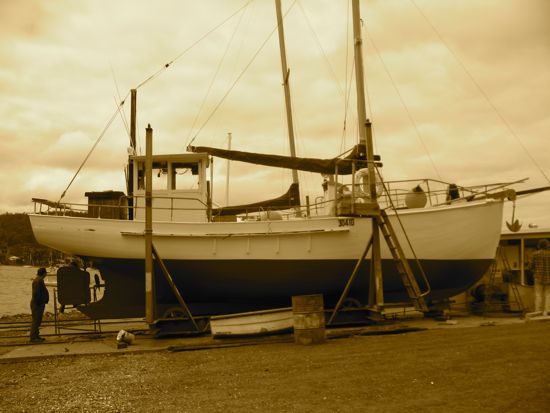 Chaparral on the ways 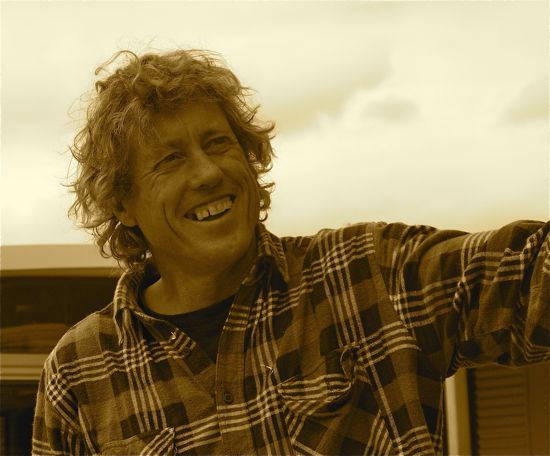 Owner John Rose says she was “built 38 years ago” by a father and son who wanted a fishing boat. She’s traditionally constructed of Huon Pine, a prime, Tasmanian boatbuilding timber. John says he is only the boat’s second owner and says she takes her name “after the famous race car”. 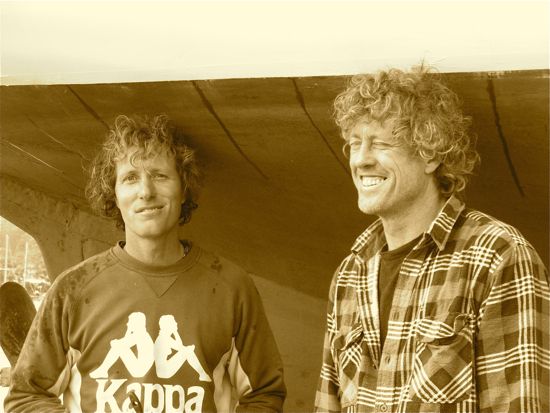 Helping John with scraping and painting was friend Anthony

John intends to relaunch in the next few days. Next time I see him, I hope it’ll be on horseback.

I’m so jealous. Does everyone there have curly hair?

Glad you cought up with Pat and Sylvie.Will keep an eye on your meetings and hope to see you over here later? Gary and Beryl