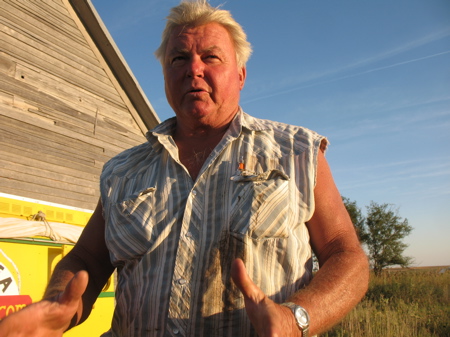 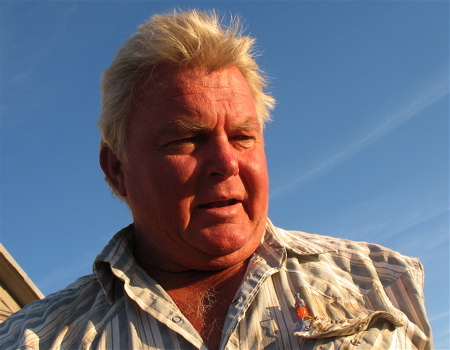 Terry Gottschalk owns a fence building company in Logan, Kansas. When I told him I was traveling the Great Plains by mule wagon looking for marine fossils from the Western Interior Sea, the great inland sea that covered the Great Plains millions of years ago, he told me I should take a look at his fence. 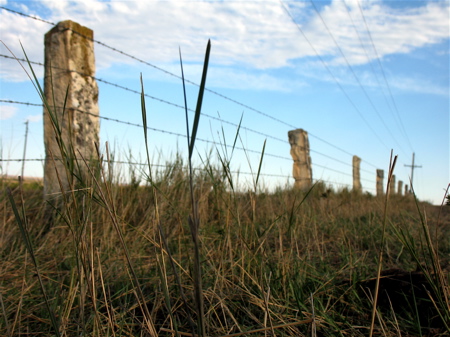 Terry explained that when the homesteaders arrived in this part of Kansas in the late 19th century, they found lots of grass and limestone outcrops but few trees. Because they needed to fence their claims, they turned to the rocks for their fence posts. 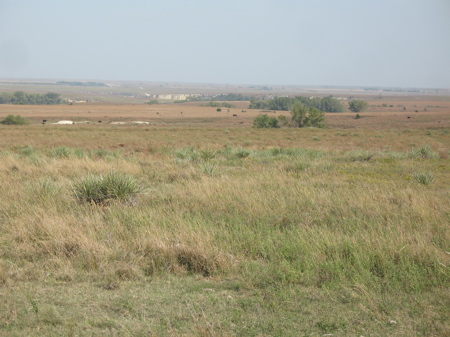 Land of the lime stone post
North of Hays, Kansas

The early Kansas homesteaders turned their newfound, brutal winters to their advantage. The lime stone they needed for posts was found in layered outcroppings. Using hand augers, the farmers drilled rows of holes into the stone, filled them with water and waited for the water to freeze. When the water froze and expanded, it split the stone into fence post size chunks.

These they erected in lieu of wood posts. 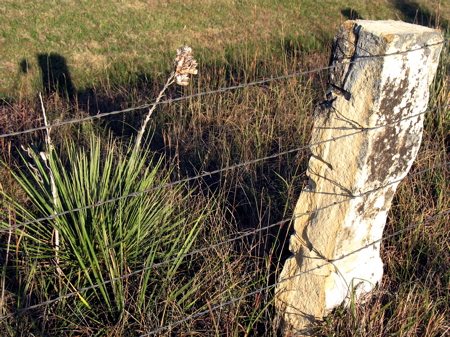 100 years after the homesteaders split their posts with water, Terry Gottschalk gathered up ½ mile’s worth of them and re-erected them on his property. Big deal, right? Well, it really wouldn’t be except for one detail. Many of these 300-plus pound fence posts contained fossilized shells. According to Terry, of his posts, “about every third one has a fossil in it.” 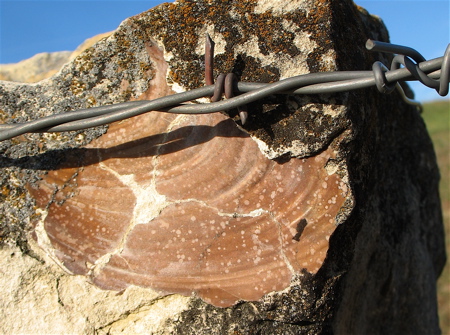 Nice. Traces of the Lost Sea right in an every day fence post.

A few evenings ago, while mule Polly and I were parked behind the abandoned Brown Country School, I spoke with Terry about his fence. No, we didn’t talk about the fossils. Rather, we talked barbed wire,lawyers and the size of Angus cattle. Until the 1960s they were short and fat (the cattle, that is…).

To listen to Terry, click on the audio player below. Terry picks up the discussion by saying how Angus cattle have only gotten taller in the past few decades.