Hittin' the Road a Final Time 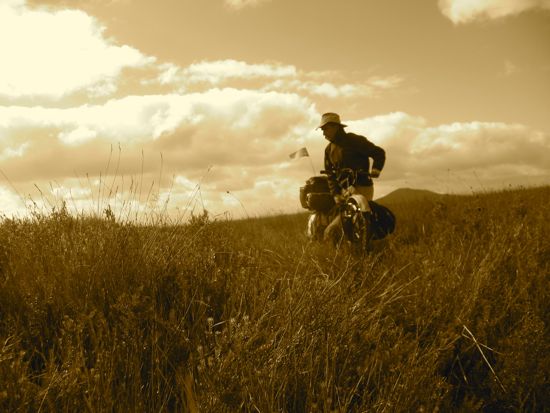 Set for a final ramble

Sheesh Bucky! The ten dollar bike and I have been traveling around Tasmania for going on half a year now. Which means it’s time to think about heading home to North Carolina.
Yep, on May 28 I depart Hobart, Tasmania for the long wing home.

Still before I hit the road, I decided to take one last ramble over the hills. That means meandering over the mountain range that separates Tasmania’s west and east coasts. As usual, I’ll try to stick to gravel roads and paths where possible. Because that’s where the groovy signs and people live. 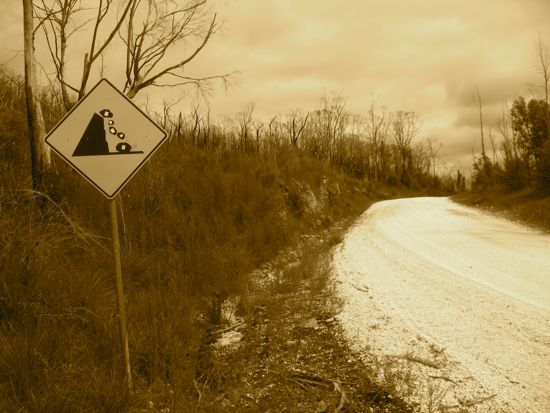 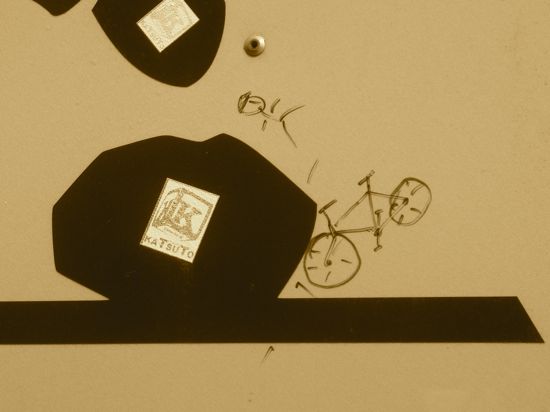 Whoa! I swear I didn’t customize this one….

My departure, too, means that your chance to receive a genuine Postcard From Tasmania is drawing to a close. Yep, still a few days left to sign up for a little hand written correspondence from the island under the Land Down Under. I’m hauling around some pretty cool cards from all around Tasmania, any 3 of which would look great on your fridge or office desk. Here’s more on how to get that going…

And finally, I’ll write more shortly on what’ll happen when I return to North Carolina. Plans include a program called Tasmania: a Man, a Devil and a Ten Dollar Bike. Stay tuned for details….

Have an adventurous day!

Hi Bernie,
Do you plan to be back in Oriental in time for “Christmas In July” which could possibly be the theme of this years’ Croaker Festival since the Christmas Parade was rained out in December?
I’ll be looking forward to seeing what your plans are upon returning to North Carolina.
Take care.
Carolyn

I have been living vicariously through your web sight. Where are “we” going next?

Bernie, 2.5 years since you ron’d at the train car in Nebraska. I need to borrow poly the mule. Gasoline to high. If you finished the n-s trek, where’s my signed by author copy? See ya sometime I think. LLL

Dear Lonny, Karee, Bud and Carolyn, Great hearing from all of you. Lonny and Karee, has it been 2 1/2 years already? I remember leaving your place in the pouring rain thinking “am I the only person in the US that thinks traveling by mule makes sense?” Seems I wasn’t. Bud, glad you enjoyed riding shotgun with me on the Tassie trip. Not sure where we’re going next but fear not. My feet are already itchy… And Carolyn, as per the Croaker Festival, count me in. I’ll be in Oriental most of the summer. Can’t promise a parade entry but if you ask nicely, I’ll you ride my the $10 bike. It’ll be coming down to O-town with me. Just drop by the Funky Haus studio over at the Blue Bottle Gardens. Cheers! Bernie