First a hearty “howdy” after almost 2 weeks ramblin Tassie’s bush wilds. From the comments on the latest posts, it seems y’all are freezin’. Sure would be nice to hear how nice and warm it is in Tasmania, right?

Well, you’re not gonna. It’s been flooding here and I’ve been battling leeches. Yep, real honest to god blood sucking, anticoagulant injectin’, rash leavin’ critters – that no one talks about. 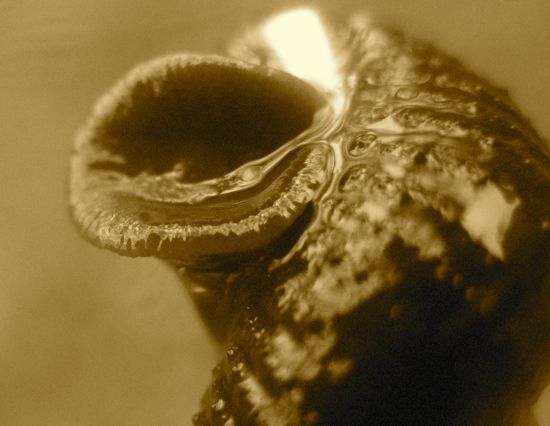 This end bites: the business end of a leech

In the spirit of traveling around Tasmania on a ten-dollar bike, I have tried to make my animal encounters as authentic as possible. You see, if I was filming a high budget doco on this trip, folks would want to see a tasmanian devil. Then I’d have to run to the zoo or some home for orphan tassie devils, and pay them more money than I have invested in my bike to have a “real” encounter with a tassie devil.

That’s not going to happen.

Yep, leeches as in the ones that suck your life blood then leave you with a terrible rash.

It all started about two weeks ago when I decided to go ramblin’ up Tasmania’s east coast. Not stick to the shoreline but rather, head onto the roads that on the maps are marked with dotted lines labeled “weekend access”. The lines that, when you point them out to a local, make them say, “What, are you mad? Plenty of pretty country around here Yank. Why the hell do you want to go see that?” 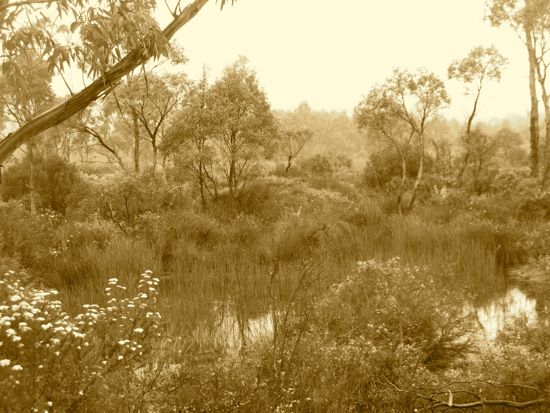 The answer is “because that’s were you go ramblin‘”.

Too bad, in my latest outings, I didn’t check the forecast.

In case you haven’t heard, Queensland Australia, in the north east corner, which has suffered massive droughts, is now flooding. Big time. 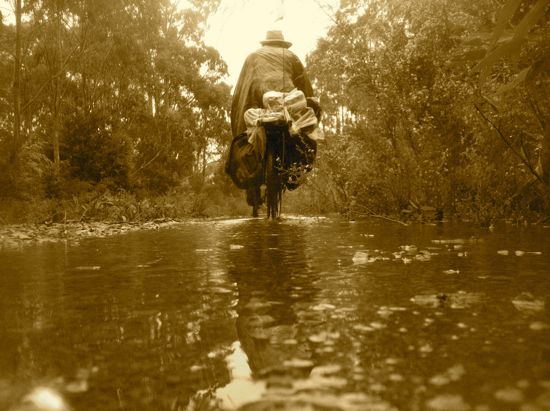 Last week, while I was out ramblin’ miles from the nearest humans, another bout of rain struck Tasmania and, right where I was gone bush, dropped record rains – which resulted in major flooding. It rained for days, and while I found this curious, it didn’t catch my attention as quickly as the wormlike black attachements that started showing up between my fingers and toes.

I noticed them the third night it rained. It was the end of the day and I’d pitched my hammock in a low valley. I figured this would be a good place to get out of the wind that was raging on the higher peaks. It was. 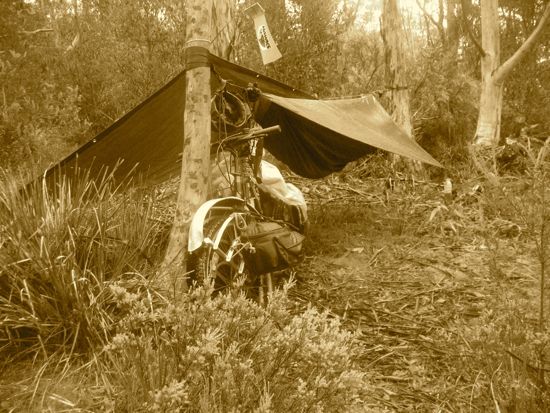 Camp Leech: looked good at first. Too bad about the neighbors…

Too bad the extra digits between mine were leeches.

What were these critters? What was it like to be surrounded by them? Out came my audio recorder and camera. And for the next days, while Northern Tasmania roads flooded, I pushed my bike through the gum forest fought the Great Leech War. Alone. Then, when the sun came out, I drove to the nearest town, St Mary’s, and began interviewing Tasmanians about their little blood thirsty fauna.

But first, a shower is in order. When leeches crawl all over you the leave slime tracks. Luckily, they’re water soluble. So before I get my photos and audio ready for you, I have to do some laundry…..

(Note: the map for this article is a bit off but it’ll give you an idea where to go for some prime fine leech hunting.)

I’ve been loving the vicarious voyage through Tasmania. Are ticks a problem there also? Does Tasmanian bluegrass music include some leach-related tunes, or would that be more the province of blues? To paraphrase a tune by The Presidents of the United States of America: “Ramblin’ through the country, gonna get a lot of leaches. Leaches weren’t in the plan. They’ve attached to me, oh man.”

Keep ‘em coming. If you’re back in Oriental this fall maybe we can do some sailing.

Glad to hear from you again, Bernie. I’d be very interested in some bluegrass myself. I’m a banjo picker from way back, and play in a local band. My goal when I travel is to meet up with other bluegrass musicians. They are great people!