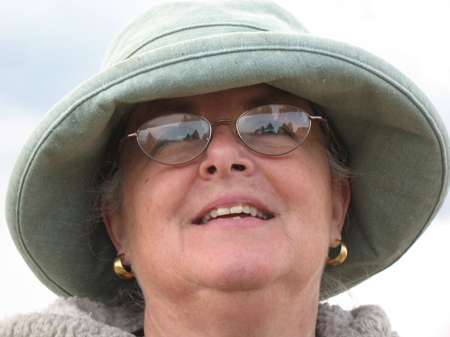 Why would a priest save a bald spot?
Click here to listen to Linda Kramer’s story…

Traveling by mule wagon across the Great Plains, it’s easy for folks to think I’m out here camping with the prairie dogs and antelope. Yes, some evenings I bunk down among the Great Plains flora and fauna. 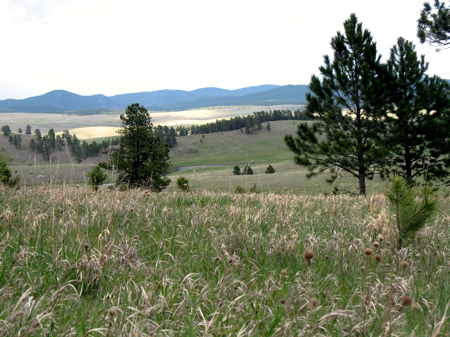 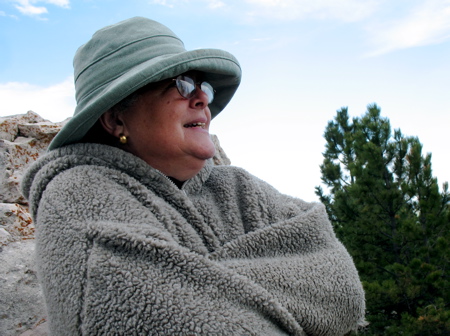 She was the first Episcopalian priest to work on the Pineridge Reservation. An ardent educator and priest with a specialty in pilgrimages, she’s worked with the Lakota tribe since 1993. 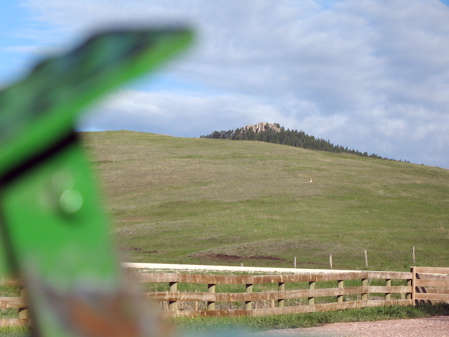 Our conversation took place among the ruins of an old Civilian Conservation Corps tower. Before the tower, the site had been used for Lakota Vision Quest. 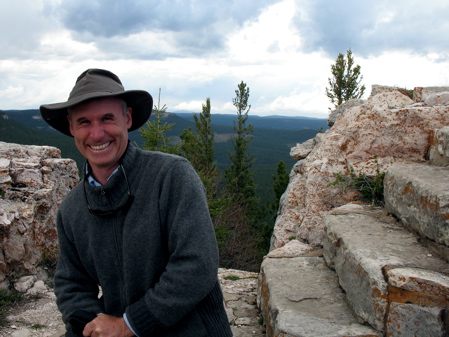 Bernie at base of CCC tower, where interview took place
(Linda Kramer Photo)

The top of Flag Mountain is a windy, craggy peak. It has a 360 degree view of the Dakota horizon. Yes, the rumble you’ll hear in the recording is wind and thunder. As we spoke, a thunder storm was rolling toward our rocky perch from Montana. 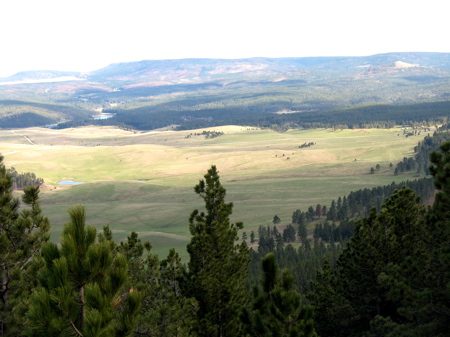 Ready for a listen? Then join Linda she discusses the Lakota Sun Dance, the Black Hills’ little known grassland balds (also known as prairies) and what she’s doing to preserve the sacred Pe Sla (pronounced “pesh la”). Linda begins the conversation by explaining where the Lakota traditionally held their Sun Dance.

To listen to Linda’s story from high atop Flag Mountain, click on the player below.

Thanks, Linda, for putting mule Polly and me up in your exquisite cabins. If the story gets out about how I survived the Big May Snow in comfort my reputation as a rough-and-ready mule traveler is shot…!

(Recording notes: The piece you just heard on Linda Kramer was recorded atop Flag Mountain using a Sony PCM-D50 recorder. All editing and production was done in the Lost Sea wagon on a Mac. Yep, the whole lot’s run by 100% South Dakota solar power provided by a 100-watt panel attached to the wagon roof.)