Listen to That Bluegrass I'm Missin' 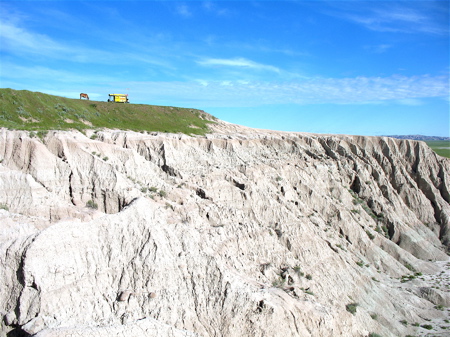 Some call it the sweetest sound ever to slide down an ear canal. Others refer to it as “that damn chicken scratch music”. Have a listen to what I’m missing out here on the Plains…

Some call it the sweetest sound ever to slide down an ear canal. Others call it “that damn chicken scratch music”.

That’s right, I’m talking about bluegrass music, in particular, the stuff you still hear in old dance halls and feed stores. I think it’s crash hot and have driven mule Polly miles for an earful.

Out here traveling across the Dakota plains in my mule wagon I miss it sorely.

Earlier this winter, to get Polly in shape for my Canada to Mexico Lost Sea Expedition, my friends and I drove our wagons from outside Southern Pines, NC to Rockingham, NC to listen to some old timey bluegrass at Fords Mill Bluegrass. It took 2 days to cover the 25 miles. 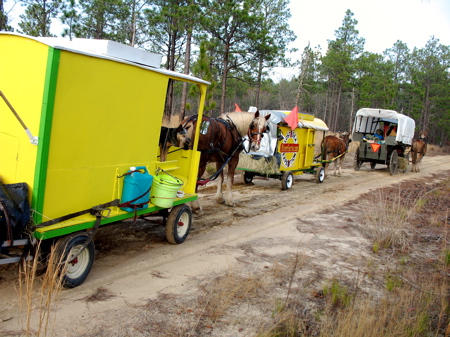 The evening I arrived, I talked with owner James Ford about his upright base, or “dog house base” as some call it. 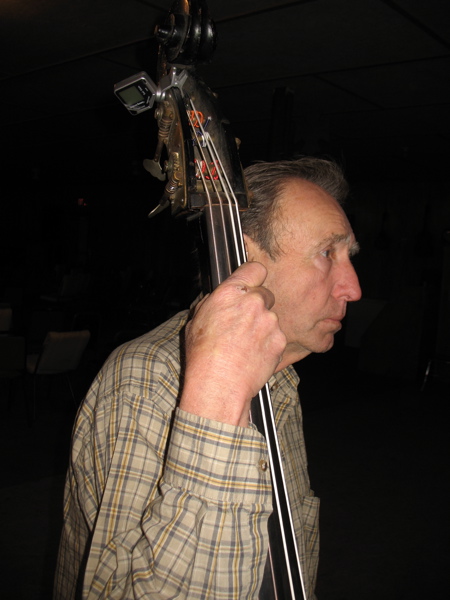 James Ford and his dog house base
Rockingham, NC

Later that night, I set up my recording gear and captured “Uncle Danny” Pate and his band “No Limits” playing some nitty gritty ‘grass.

One of the things I enjoy most about the recording you’re about to hear is the lead up to the music itself. In an age of 2-minute album cuts, it’s nice to just sit back and hear a band work up to its music. Hell, Uncle Danny spent 5 minutes fussing with his audience and gear before he even started playing. Listen to the sound of the crowd, the single plucked strings, the sound check – first the banjo, then the dobro. Note the comment about the mule in the yard…. 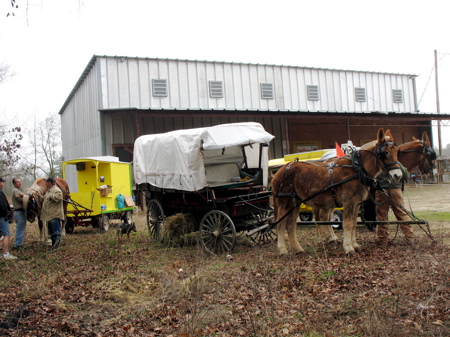 What Uncle Danny was refering to…

Okay, ready for a listen? Then kick back and click on the player below to listen to Uncle Danny singing “Sitting on Top of the World”.

Nice, eh? No, this isn’t the overproduced, over-hyped, syrupy music that counts for country music these days – canned stuff played by airbrushed models that one suspects are lip synching. Nope, Uncle Danny’s up there on the stage ribbing the crowd and hurling friendly barbs at his buddies like, “I’m glad to know that there’s more than one jack ass here than Gene Erwin….”.

Part of this recording’s charm is it took place in an honest to God dance hall. Ford Mill Bluegrass is an old feed store converted into bluegrass venue. The dream of owner James Ford, it nows serves up bluegrass most Friday nights. Gone are the fifty pound bags of calf starter and laying mash, replaced by an assortment of plow shares, old saddles and horse collars hung from the wall. 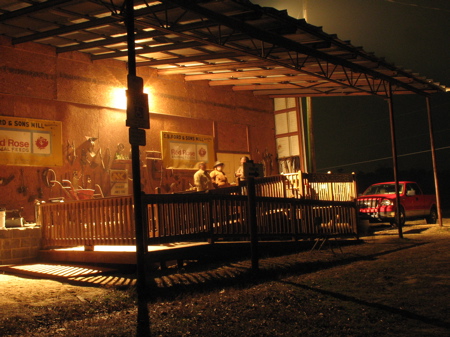 Oh, and then there’s the music.

The night of this recording, the Mill was packed with about 100 folks, from bald headed infants to bald headed great grandparents. You’ll hear chairs scrapping, laughter, clapping and sweetest of all – the tinny clicke of tap shoes on concrete.

Lots of the older folks in the crowd slipped into flat-soled white shoes with metal taps on the bottom. During slower parts of these recordings, you’ll here their slow tap. In this recording, they sound like bottle caps on concrete.

Nights on the Dakota plains, falling asleep in my mule wagon with little more than abandoned farm equipment to keep me company, I fire up this recording and listen to Uncle Danny howl into the dark. 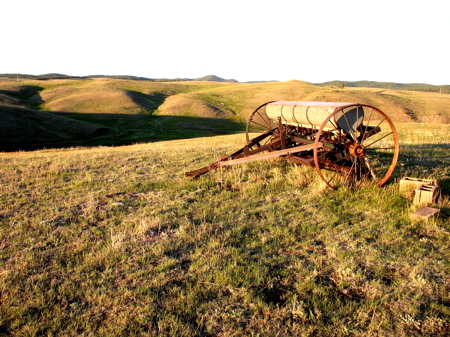 The wind rocks the mule wagon, Polly grazes under prairie stars and my mind comes off the silent plains for a spell.

PS: Thanks to Uncle Danny Pate and “No Limits” band members Little Joe Grooms, B.F. Darnell, Hal Darrell and, on the dog house base, Tommy Sessons. For those of you in central North Carolina who’d like to check out the Mill, here are the details:
Fords Mill Bluegrass
Hamlet, NC
Fridays at 7:30 pm
Contact:James Ford
ph 910 895 6253