Listen to the Fatman Basics

Tasmania’s west coast: the only thing that connects it from north to south is a small road, in many places, still gravel. (outside Balfour, Tasmania)

It’s a curious thing. Travel down Tasmania’s rugged west coast on a bike, as I did recently, and about half way down, the gravel road comes to an abrupt stop at the Pieman river. Full stop. No bridge. Some days there’s not even a safety barrier to keep cars from driving into the river.

Sort of like someone took the Pacific Coast highway along California’s west coast and removed a key bridge, making through-travel impossible. 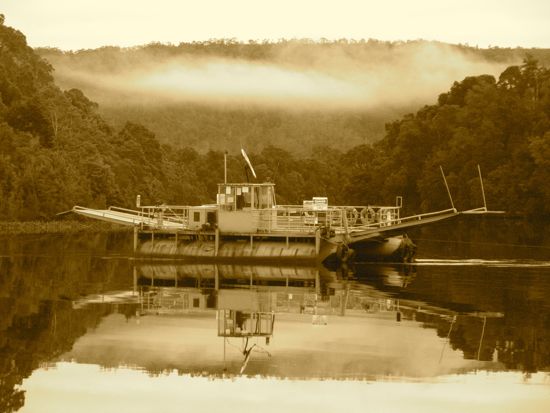 I thought this unusual. Enough so that I spent two nights camped in Corinna, where the barge is located. While there, I got to know the Fatman’s crew. What emerged in those days was a curious tale of hunger, bridges unbuilt – and some heavy duty Aussie bush technology.

In the interview you’re about to hear, you’ll meet Blackie Stewart, chief ferry operator. You’re going to hear more from Blackie in the next few days. But here he covers some Fatman basics. Like how it gets across the Pieman river. How it got its name. 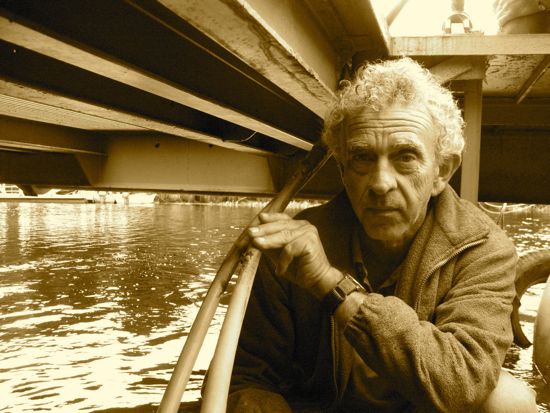 Blackie Stewart: ferry driver. Here Blackie is shown sitting below the ferry deck, just above the water. Normally, he steers from the wheelhouse.

So, ready to hit the water on a marvelous mechanized creature? For a basic overview of how the Fatman works, click on the audio player below.

Wondering how the Fatman got such a politically uncorrect name? Then hit the play button below… 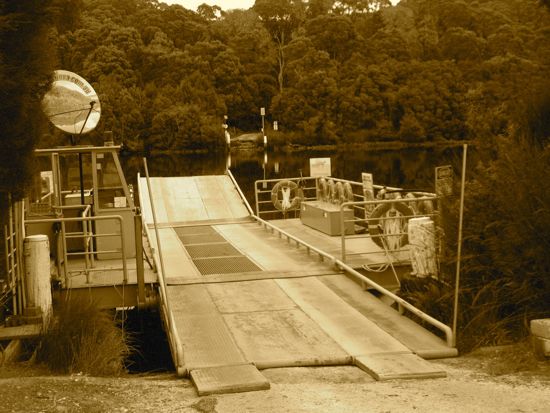 The proverbial end of the road. It’s at this point that wish you’d brought your inflatable bridge. Or you could just pay the Fatman a few bucks to carry you across the Pieman river. 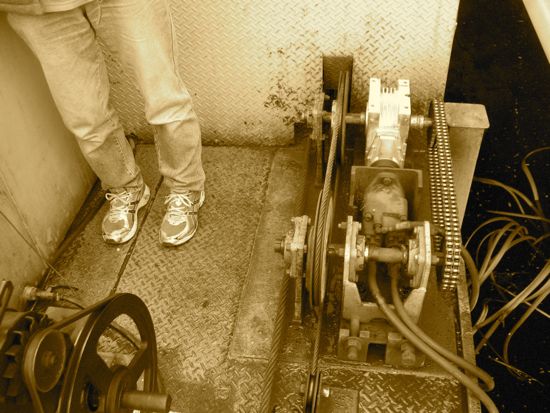 Instead of a propeller, the Fatman relies on a 2-cylinder diesel Lister engine for propulsion (Left). This drives a hydraulic pump which runs a simple pulley system (Right). Look closely and you can spot a thin cable running over a pulley sheave. This cable pulls the Fatman. Look even closer and you can see another, fatter, cable which guides the vessel across the river. 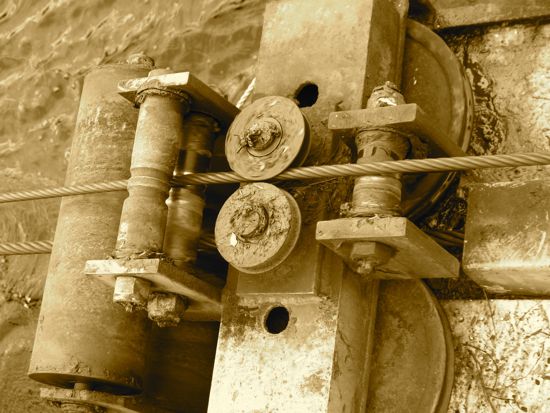 The view from the bow, with skinny and fat cables pulling and guiding the Fatman. 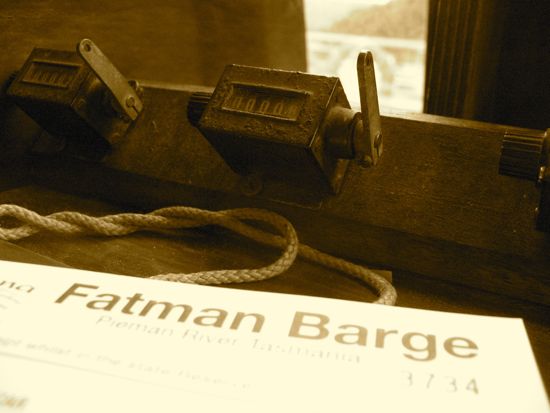 Pay the Fatman: a system of clickers and tickets keeps track of passages sold. In 2011, it cost cars Aus $20 to ride the Fatman. Bicycles could ride for half price. 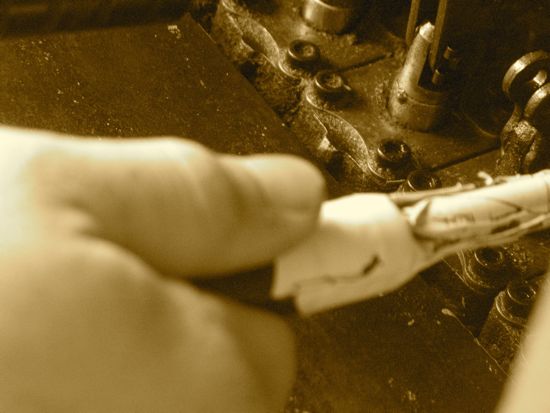 The helm: instead of a traditional wheel, the Fatman is operated with three hydraulic levers – one for direction, the other two for raising and lowering the ramps

Can see he has Direct Dish (satellite) TV, or is that high-speed internet?