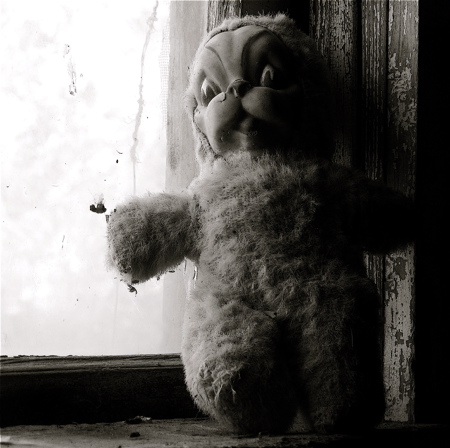 Traveling 2000 miles across the Great Plains by mule wagon, I’ve filmed, interviewed and photographed Plains folk and their marine fossils.

I’ve also collected photos of another type of more modern fossil; the contents of abandoned homesteads.

Traveling 2000 miles across the Great Plains by mule wagon, I’ve filmed, interviewed and photographed Plains folk and their marine fossils. I’ve also collected photos of another type of fossil – the contents of abandoned homesteads.

Recently, Roger Haldenby described how Texas cotton farmers had grown in size, in the span of three generations, from 320 acres to upwards of 3000 acres. Click here for the story and audio update…. The flip side of this means that folks have to leave the land. Barbara Shelton of Logan County, Kansas described how the land was emptying out, in some cases, to levels lower than pioneer days. Click here to listen to Barbara Shelton explain…

Sometimes, though, a song describes an event in ways voice alone can’t.

While in my home state of North Carolina getting mule Polly fit for the Lost Sea Expedition, I took a two-day wagon trip to Fords Bluegrass Mill in nearby Hamlet.

That Friday night, I set up my recording gear and captured “Uncle Danny” Pate and his band “No Limits” playing some nitty gritty ‘grass, including one of my favorites, “Thirty Years of Farming”.

Written by Canadian Fred Eaglesmith, “Thirty Years” recounts what happens to all small farmers on these plains. Eventually they sell out, and for a few years, before they vanish into the grass, their homes become the newest generation of prairie fossils.

To listen to the recording, click on the audio player below.

As the music plays, look at the pictures that follow. They were taken during the Lost Sea Expedition and illustrate the modern fossils of the American Great Plains. 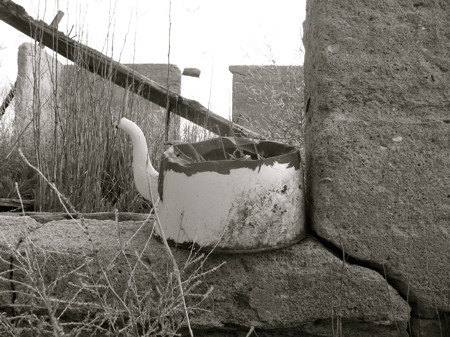 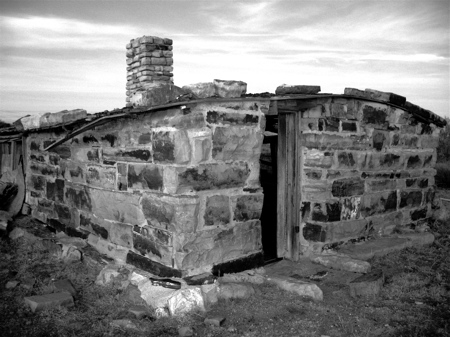 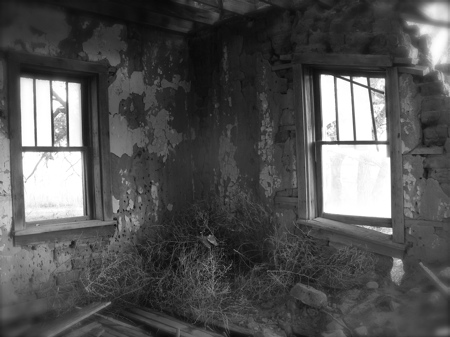 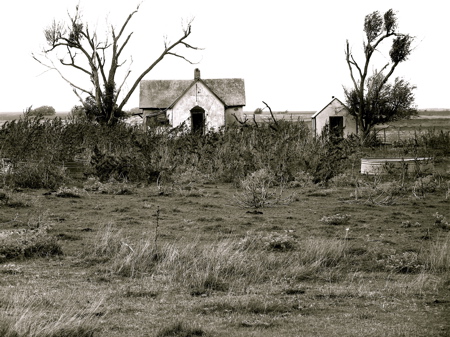 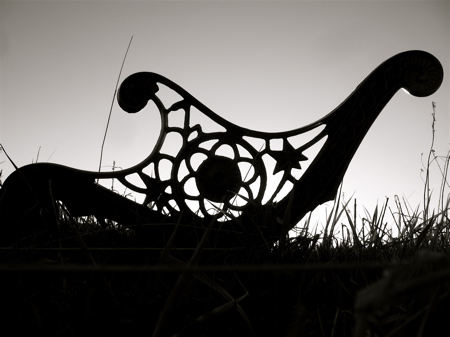