Now You Know the Mule I Know 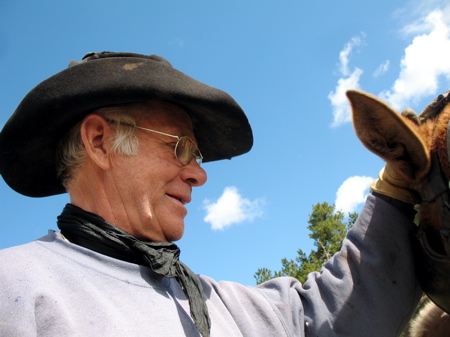 Larry Harvey with his mule “I Know”
North of Hill City, SD

Larry rolled his mule to a stop with a soft, “Whoa, I Know”. Click here to learn more about Larry and his mule I Know 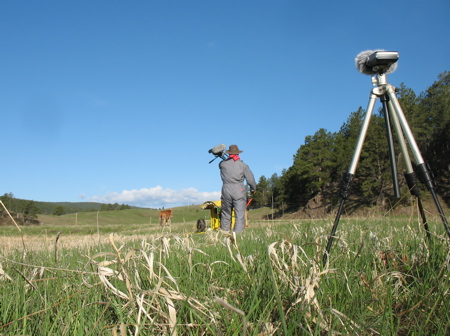 I was hauling my film gear back to the Lost Sea wagon when Larry Harvey came swooping through the buffalo grass in his one-mule cart. 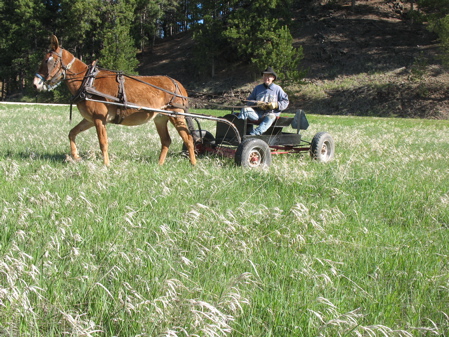 “Whoa “I Know,’” he said and mule and buggy rolled to a stop alongside the Lost Sea Wagon.

I’d met Larry the day before while out looking for a place to keep Polly for the night. He pointed us toward some Forest Service pasture just past his house. Said he might drop in for a chat if he saw us camped out.

But on a mule?

Now you have to understand, when you travel with a mule as I do, you attract lots of like-minded folks. In Larry’s case, he decided that with the price of gas so high ($3.76 on May 30, 2008 in Hill City, SD), he’d just hitch his mule his buggy and do errands that way.

Today, he was heading up the road to check on his neighbor’s horses. 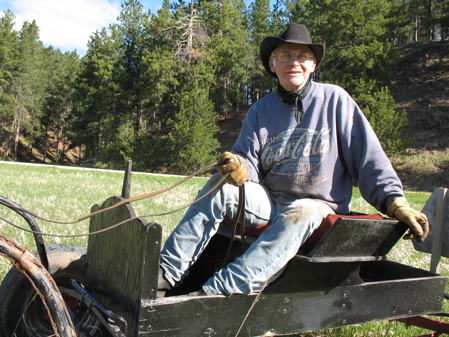 Time for a gam

Still, like men that travel via horse or mule, he had time for a gam before work. Talk turned to his steed.

Larry had owned the mule from birth. “My dad bought a jack for $35 and we didn’t know if he’d be any good.” he said. A jack being an ungelded male donkey, it was implied that a good stud donkey might cost more.

Seems the low-dollar jack was fine and knew just what to do. He impregnated two mares right off the bat.

“We named the one mule “I Know” and the other “You Know,” Larry explained. 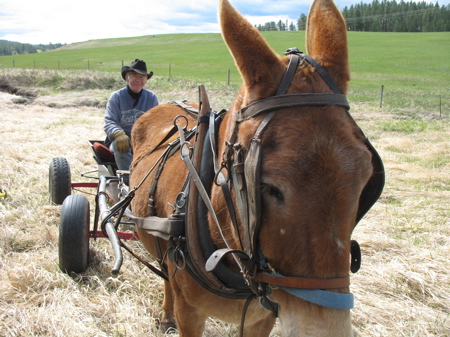 Larry and I Know

You Know was sold. I Know’s been with Larry over two decades.

The first years, she was “a little jumpy”. I Know had a tendency to run off.

Larry explained. “I hitched I Know to her cart one day for a boy to drive. It was real hot and he’d brought an umbrella to put in the wagon. It was a big one – 6 foot across. Well, he climbs in, opens the umbrella and I Know takes off at a dead gallop.”

The mule spots the barn, “just pours on the coal” and gallops in through the doors, umbrella and all – crashing the buggy inside.

Undaunted, a little later, the same boy used the same mule to court a girl 7 miles away. Traveling 14 miles per outing, “was just what that mule needed”, according to Larry. 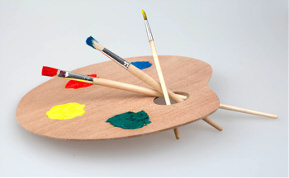 “Then she pours on the coal….”
Larry recounts. I Know listens.

That was ten years ago.

Now 21, I Know has mellowed enough for farm work. Larry hauls fire wood with her these days. He uses his buggy as a pickup truck, hauling chain saws, gas and oil into the forest. Once among the Ponderosa pines, he unhooks the cart, attaches “tug extensions” to his harness (pieces of chain, they let the log drag farther behind the mule so it doesn’t hit her in the heels) and drags the logs to the saw-up area. 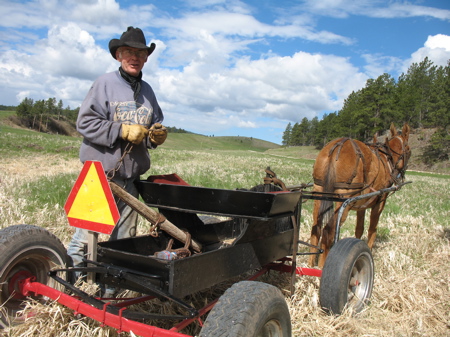 Larry showing off his tug extensions

So what’s next for I Know? Larry says he dreams of driving her across South Dakota – if he doesn’t take his saddle mule. Then again, by nature, “I never really wanted to travel far by mule”. Seems he’s content tooling around the Black Hills with I Know jerking logs out of woods and checking on the neighbor’s horses.

With that, Larry climbs into his buggy, chirps to I Know, and vanishes from our camp. All man and mule leave behind are two long streaks of bent-over buffalo grass.

(Thanks, Larry, for finding Polly a place to spend the night. Oh, and thanks, too, for showing me how to tie her halter properly…. Bernie)