It happens. I get to a really remote part of Tasmania and decide it’s time to write the folks on the Postcard from Tasmania list. That’s right, I break out the pen, some local postcards, get writing and bike those cards to the nearest post office. Then, about two weeks later, those postcards show up in letterboxes all over the world. Some, like those that end up on the US east coast, travel around 10,000 miles. 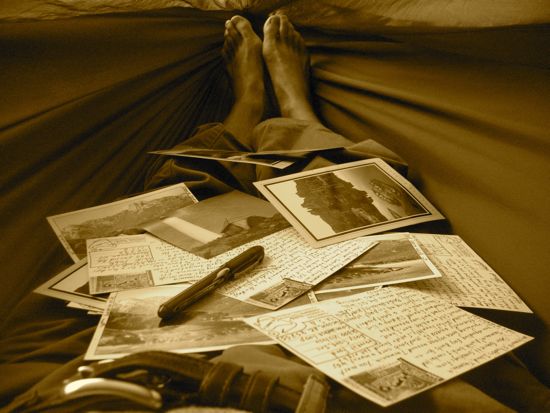 The morning after: the scene in my hammock after yesterday’s late night writing session (Flinders Island, Tasmania)

So what am I writing about? You’ll just have to wait until you get the card. I’ll give you one clue, though. The sperm whale I refer to is the one below. (Okay, most of you got conventional postcards. Don in Oriental, I sent you one made out of a Cascade beer can…). And the rest of the story? The rest of the story is heading your way under a $1.50 Australian postage stamp. 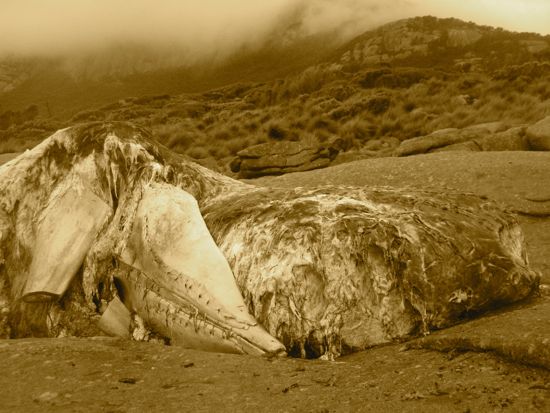 Dead sperm whale: an amazing creature capable of diving hundreds of feet in search of giant squid, it’s especially rare to find one stranded on a beach(Flinders Island, Tasmania)

(PS: I plan to ramble on Flinders another week or so perfecting my smoked fish head recipe. Last time mistake were made. For those of you who want a card from this way remote Tasmania island, I plan on sending a few more before I catch the log boat back to the mainland. More details on the Postcard from Tasmania are here.)

Steve Leech here … Rika’s dad … and more to the point, the grandpa of two 5 year old, adorable of course, identical twin granddaughters, Riley and Kasey Thompson. They have one of your books and would be tickled pink if you would send them a postcard from Tanzania!!! They live in Harrisonburg, VA – Shenandoah Valley country! I’ll alert my daughter Wendy of the possibility.

Miss you around here, but know you’re having a fine adventure.