Ride Out the Front Gate

The first time I ran away, I was naked except for a pair of rubber boots. I was 4 years old. It was a short run-away, to my buddy’s house. I’ve been rambling ever since, only slightly better dressed. 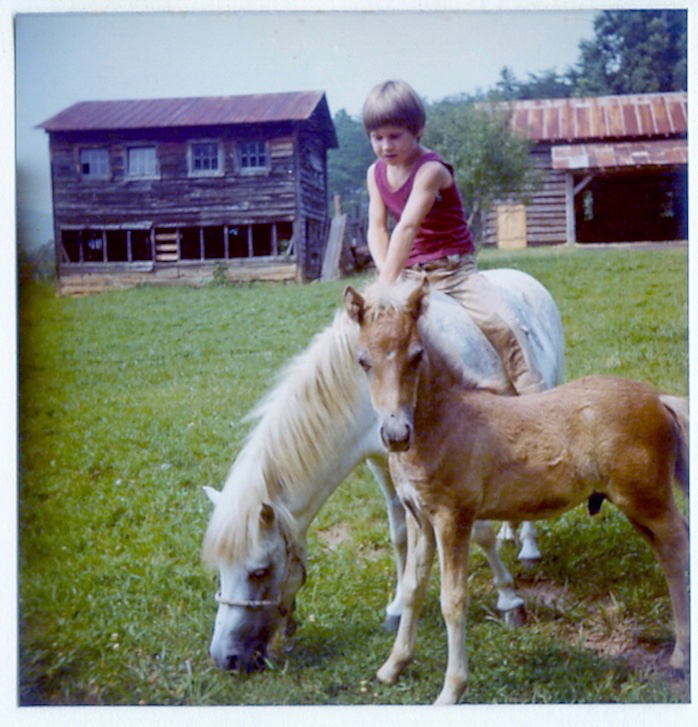 A young me. Old enough to wear pants. I’m already thinking of running way with the family pony Snowflake and her foal Dominique. (Wilkes County, NC / circa 1975)

Seems a lot of other folks have the same rambling urge.

This week Sam from the West Coast ordered a “Lost Sea Expedition” DVD about my wagon voyage from Canada to Mexico. Sam wrote, “Your trip has been very inspiring. I want to do a trip myself as soon as I can get my life together enough and get enough time away from work”.
FYI: Sam lives on the Left Coast. That’s not the real person’s name though the name did contain an “a”.

I write everyone back who tells me they want to take an adventure like mine. Everyone has a reason why they can’t leave. I’ve put trips on hold to take care of my ailing parents, since deceased. Other reasons stopping folks include: too much work, not enough money, fear and raising kids. I don’t have any magic words to batter down the barrier that stands between someone’s current life and their traveling desire.

But here’s what I told Sam. It’s important to remember trips don’t have to be long or start in exotic locations. This is important. It’s too easy to watch a documentary like the “Lost Sea Expedition” about a man (me) walking 14 months across America and think, “wow, I’d love to do that but….” Then the brain fills in all the reasons it can’t be done: no mule, no wagon, no 14 months. Not enough money (yeah, that money thing again), not enough vacay and what the hell will the neighbors think?

Enter my next trip. It’s going to be something small. I’m not starting it far from home. I won’t be gone long.

I’m calling it “Ride Out the Front Gate”.

The plan is simple. Ride out front gate with mule Polly (same mule from the “Lost Sea Expedition”. Turn left – or right if that’s the way the road is calling. Come home a few weeks later.

Accompanying me will be Julia, my girlfriend and producer of the “Lost Sea Expedition” Public TV series

She plans to write of her experience on her blog. 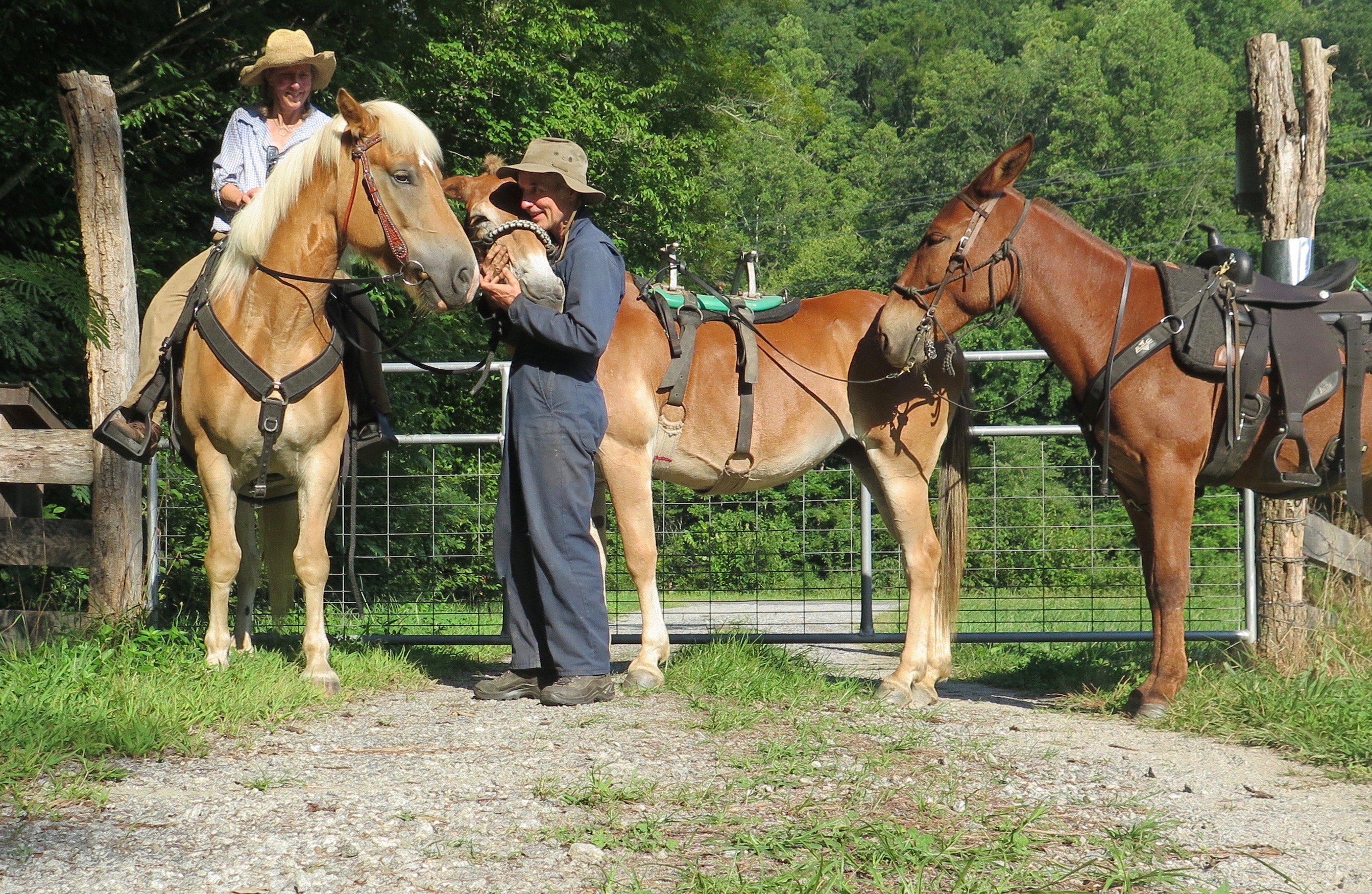 The gang at the gate: Julia is riding Pickle, her Haflinger gelding. I’m holding mule Polly’s head. She’ll be our pack mule. Then there’s Brick. She’ll be my saddle mule. I’ve only owned her a week so I’m hustling to get her legged up for this trip.

I’ll be posting preparations and stories from the road here on RiverEarth.com.

Sure there some major details that need filling in. The first is that mule Polly can’t be ridden. Sure, she’s pulled a wagon across America and Newfoundland. But she’s also thrown, trampled and sent a man to the emergency room that tried to ride her. No, I’m not delusional enough to think I can break her to the saddle in her 23rd year.

So I bought a new mule.

Her name is Brick. 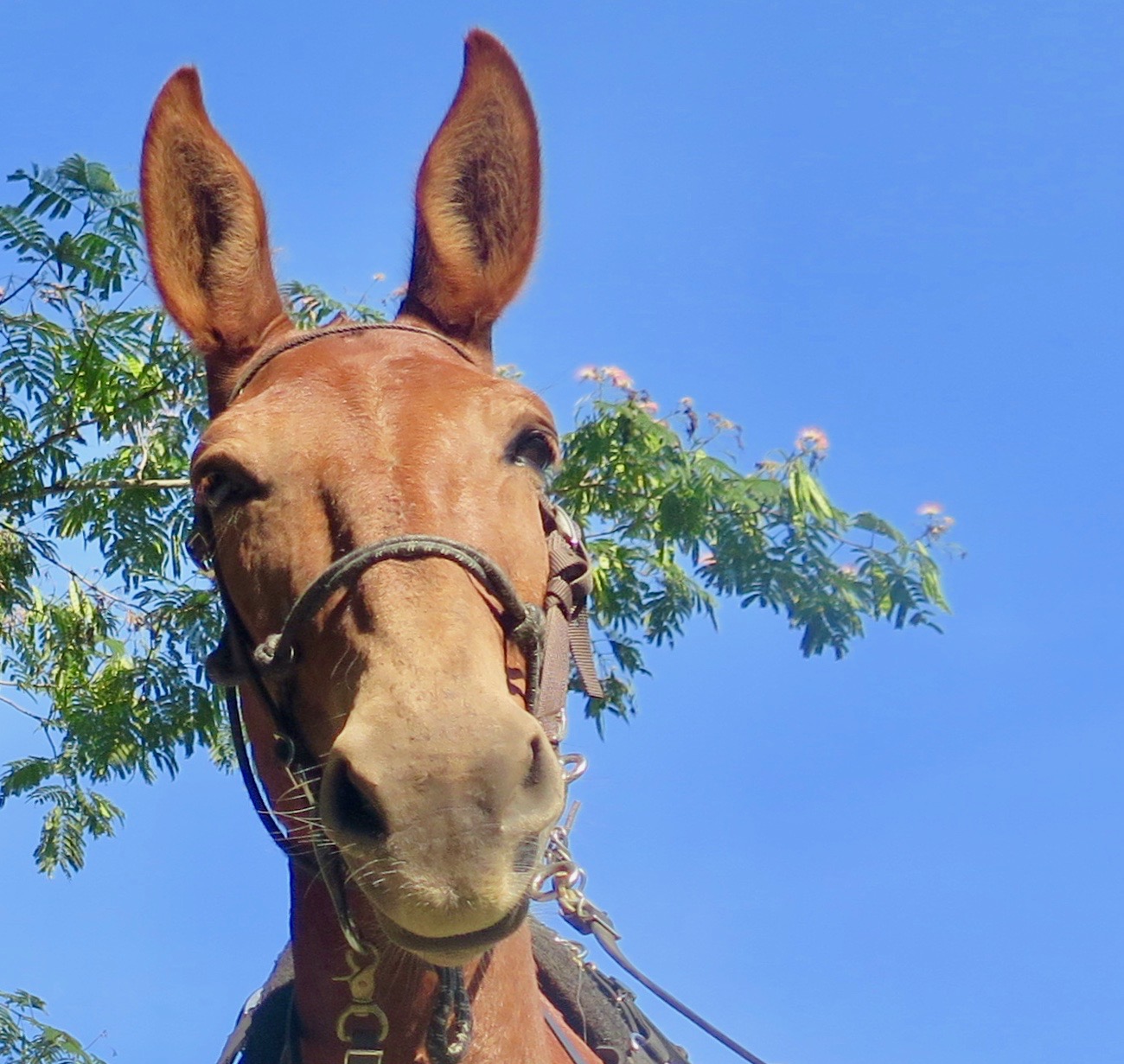 I bought Brick last week. She’s 6 years old, which, in human terms, makes her a teenager. She acts like one, too. As soon as I paid for her, I went to catch her in her pasture. She bolted. Ran away. The chase was on…..
(To be continued).