Self Portrait Tips For Mule Travelers 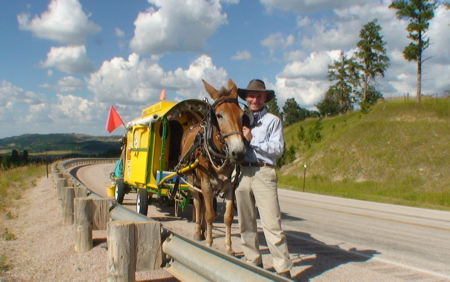 It’s early morning. You’re sitting in your favorite blue folding chair in the lee of an abandoned homesteader’s shack, coffee cup in hand, and that irksome thought crawls into to your re-caffeinated mind. “Wouldn’t it be cool to have a picture of me sitting her enjoying this coffee?”

Sure it would – if you were Charles Kuralt. If you were Chuck, it’d be easy. You’d snap your fingers, your personal photographer would hustle over, capture the moment and hopefully offer you a refill of java bliss.

But face it, for most of us, that’s not going to happen. When you travel alone, without a film crew, you’re going to settle for photos of others, not you, right?

Just this morning, I spied my favorite blue chair in front of miner’s shack and decided to capture the moment. Here’s how it went – and why traveling alone doesn’t mean you shouldn’t have a few pictures of you. 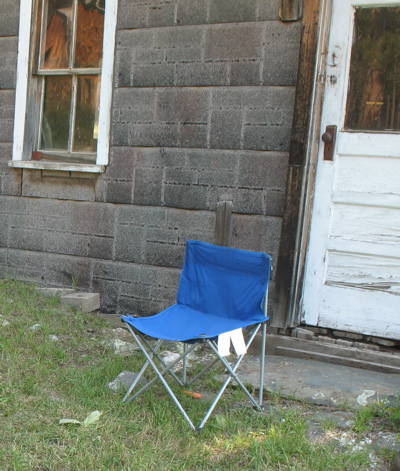 Okay, first things first. I poured myself that second cup of coffee. I suggest you do the same. This self-portrait business involves lots of running back and forth so get yourself good and caffeinated.

Coffee cup in hand, I set up my primary camera. 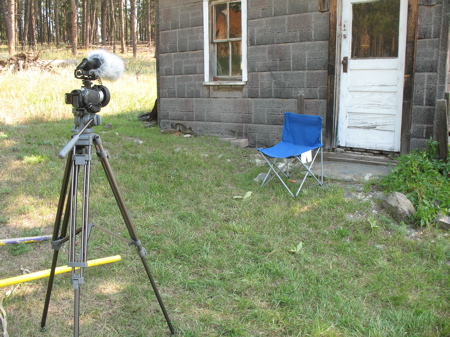 I’ll be using the Sony HDR-HC7 on a Libec tripod to take my picture. Though I’m lazy and in love with the “Easy” button on my Sony, for this shot, I’m shooting in Manual Mode. Fear not. All that means is I enable the self-timer so when I hit the shutter, I have 8 seconds to run over to my chair, plop down and capture my coffee-slurping interpretation of Nirvana.

Oh, did I tell you I wanted to get Polly into the picture…? Here goes. Let’s get that self-timer set. 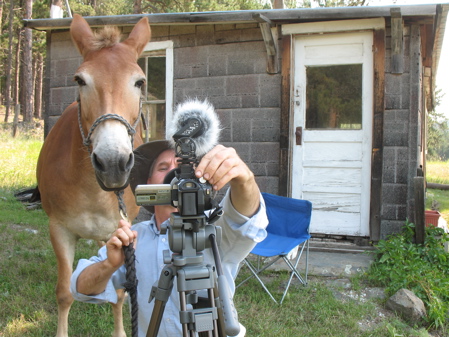 Okay Polly, get ready to dive for the blue chair. 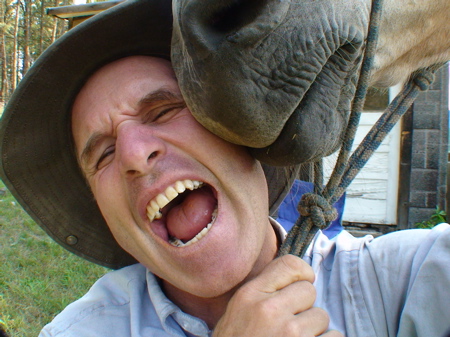 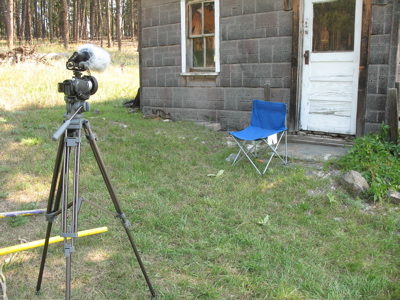 Take Two: Off-scene battle with Polly, trying, unsuccessfully, to get her in gear. 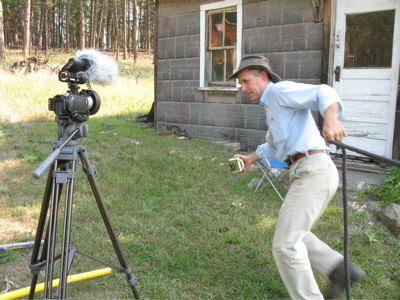 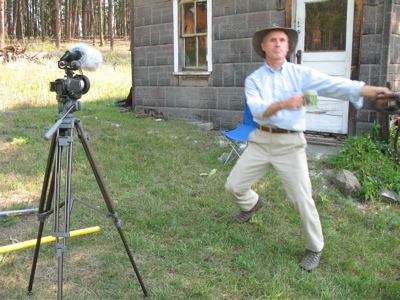 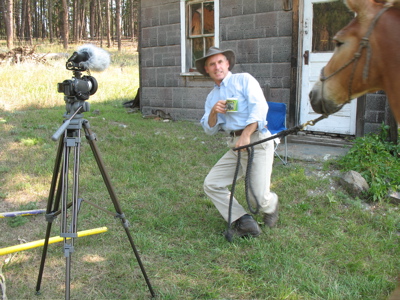 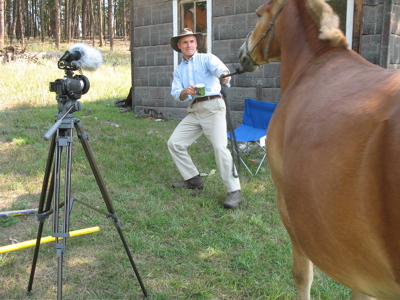 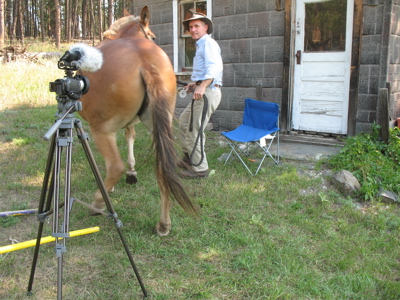 Take seven: Crap, I spilled my second cup of coffee. Time for the third. 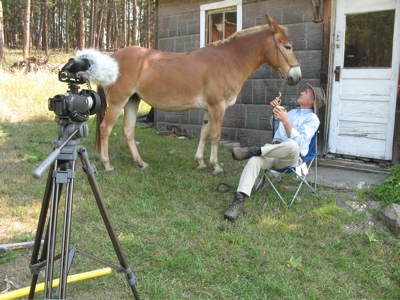 Take Eight: Reach chair. Now if I could just get Polly’s head down. 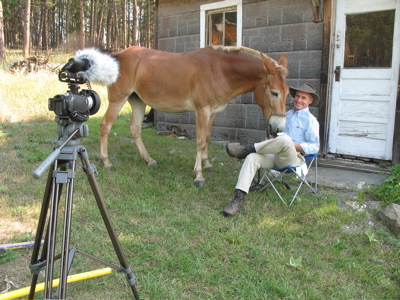 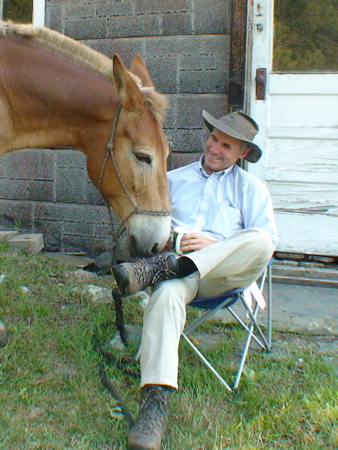 Bernie did. That’s right, I set up my other camera, a Canon PowerShot A620 on a second tripod, behind the Sony. Then, racing back and forth, I dove from self-timer to recalcitrant mule to chair, with generally disasterous results. Call the series of photos Self Portrait of a Self Portraitist, a surreal exercise in logic, an M. C. Escher “Drawing Hands” moment. Takes One through Nine were taken with the Canon camera.

Only Take Ten, shot of me in gentlemanly repose with Polly, was shot with the Sony.

So get out there in front of your camera and see how you do. As for me, I’m beat. Those 22 set-ups and takes (I only showed you 10) took it out of me. I’m heading for a nap in the mule wagon. Wake me when you’ve got some cool shots of yourself.

Happy self-photographing. Hopefully your camera is better than mine…

LOVE this and the movie 🙂

One Response to Self Portrait Tips For Mule Travelers