Tales from a Soddie 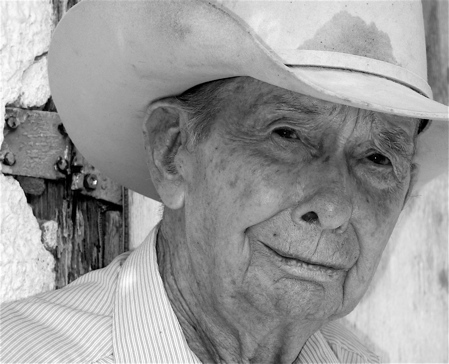 A house built from dirt? Click here to listen to George McKillip explain…

George McKillip was born in a Nebraska sod house in 1916. Recently we sat down in his sod house, or “soddy” as he calls it, to talk sod home living. 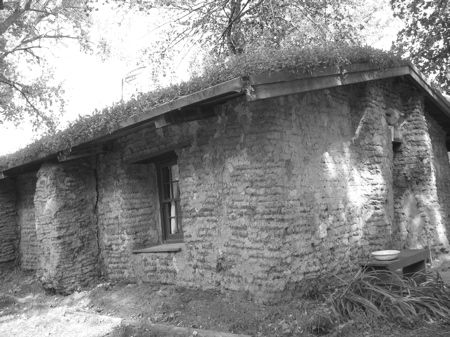 When the homesteaders arrived in central Nebraska, from the mid-1860s to late 1890s, they had to erect a shelter as quickly as possible. Many dug a hole into a dirt bank and erected a roof of boards overlaid with sod. There they spent the first winter hunkered down underground. Blizzards raged. The snow piled up. In the spring, come thaw-time, their snug covered hole turned into a swamp.

The next year, they built a sod house.

The sod house was a step up from a dugout. Constructed of two foot-wide “bricks” made from prairie sod, it was quickly built above ground, often in a matter of weeks. Like the dugout, it sported a board and sod ceiling. 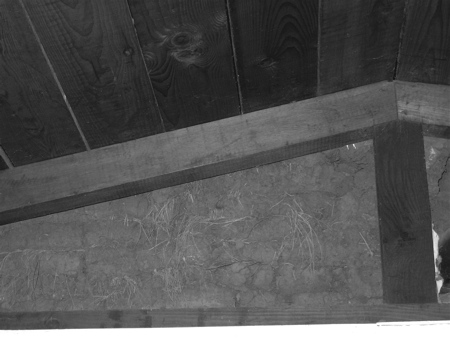 Inside, some where plastered, giving them the appearance of conventional homes. 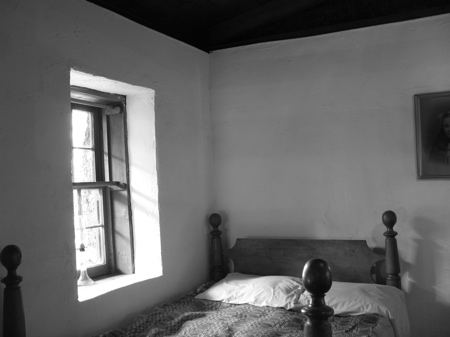 Still, shelter, not permanence, was the idea. Like 21st century homeowners, a better home lurked a few years up the road. In the case of the sod dweller, the next house had to be stick built.

Typically, the homesteaders lived five or six years in their soddies. By then, they’d “proved up” on their land, taking title to the quarter-sections (140 acres) of land they’d settled for the government. They were also earning cash for their crops and life stock – cash that could buy wood for a framed house. The day many homesteaders proved up was the day they laid the foundation for their dream wood home.

The soddy, with its board and earth roof, quickly fell into disrepair. A few years after one was abandoned, it was reduced to a bump on the plains.

In the past eight months and 1100 miles on the road with mule Polly and the Lost Sea Expedition mule wagon, I’ve only come across three sod houses. Two were in museums.

But not George McKillip’s.

George is 92 years old and lives in a sod house outside Brewster, Nebraska. George’s soddie is over 100 years old. The secret? Unlike most sod houses, it was stuccoed and covered with a tin roof. This kept the roof and walls dry, saving the structure. 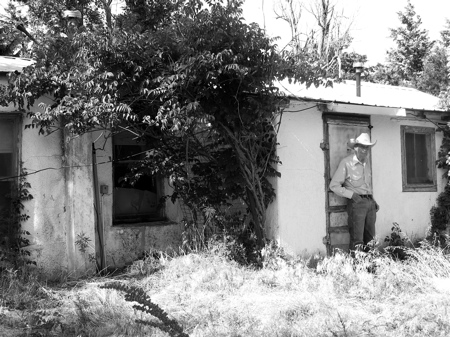 George and his sod house

Inside, aside from the deep-set windows, it’s indistinguishable from a contemporary home. The walls, plastered and smooth, are cool to the touch, even in hundred-degree weather. 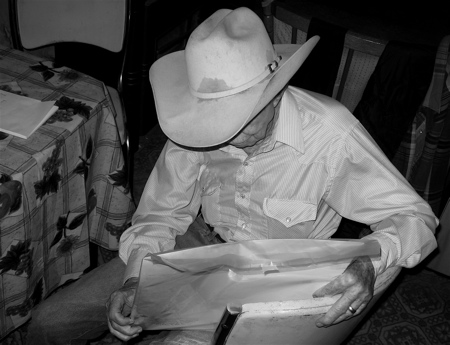 But who am I to tell you about soddies? To listen to George, speaking in the kitchen of his beloved soddy, click on the player below. 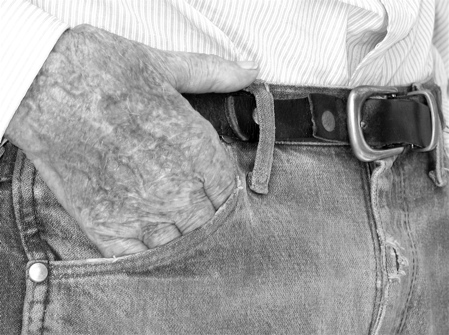 Thanks, George, for sharing your soddie with me. Thanks, too, to the Howard Warp Pioneer Village in Minden, Nebraska for letting me tour their fine sod home. To visit Pioneer Village, click here.