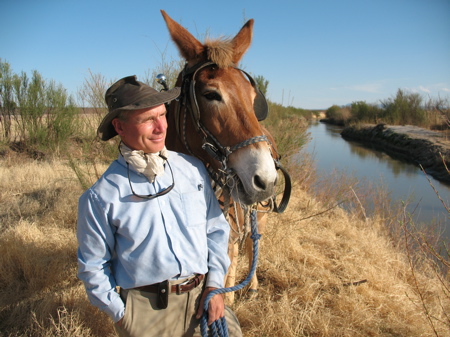 Strike up the mariachi band, amigos! The Lost Sea Expedition has arrived at the Mexican border. Click here for the final audio update…!

It was the target mule Polly and I had been aiming at for 14 months. We’d started in Canada, traveled the length of the Great Plains and now it lay before us.

But no sooner had Polly hauled our wagon to the river’s banks, I discovered a ding in my dream. While I could see the Mexican flag from where I was standing, there was no getting down to the water. The Rio’s bank’s where way too steep for descent. 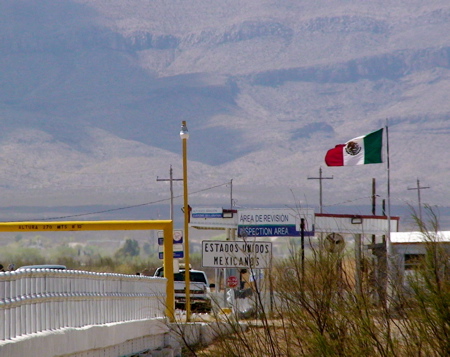 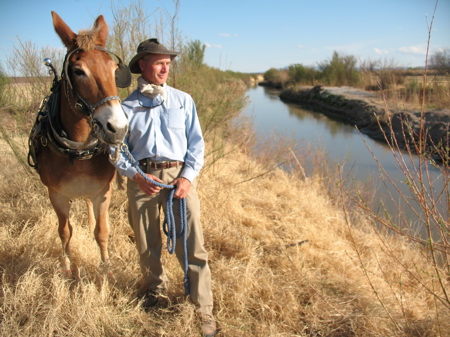 But no way to get there….

Nope, my steed and I weren’t going to wade into the Rio like they used to celebrate the river’s arrival in days gone by. So I tossed Polly’s water bucket into the river, and extracted a bucket of Mexican American water to wash her feet in.

If you can’t take the mule to the river, take the river to the mule.

As I washed her hooves in the silty water, my mind wandered to all the folks I’d interviewed on my journey. 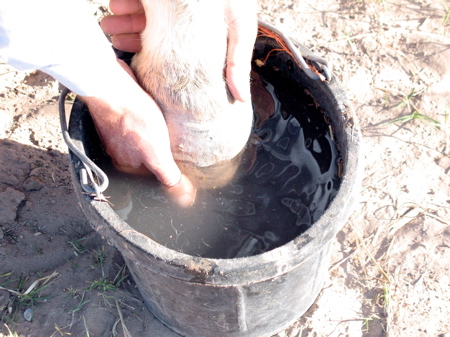 Each interview took us on a wildly different journey, from the mummified school house coyote to how to cook a rattlesnake. But each audio journey began the same – with a sound check.

To adjust my audio recorder’s volume and gain, I asked the subject what he or she had for breakfast. While “pancakes, an egg and coffee” streamed through my earphones, I twiddled with knobs and controls until I got the sound just right. But these were more than just sound bites. I came to look forward to them almost as much as the interview. I vowed that, at trip’s end, I’d run a string of them together like so many colorful beads,

Well, Polly’s pulled her wagon to the river’s edge. There’s no going farther. It’s time to string my breakfast tidbits up.

To listen to my Plains friends describe how they start their day, just click on the audio player below.

And with that recording, trail mates, the Lost Sea Expedition draws to a close.

From here aboard the Lost Sea Expedition wagon I’d like to thank you for traveling with Polly and me from Canada to Mexico. Yep, it’s been a bang up voyage. 2,500 miles through 10 states and 4 seasons. To see how far we’ve come, click here for the route map.

Nope, in coming months, the real work begins. It’s time to put together the Lost Sea Expedition documentary series. When complete, you’ll be able to travel the Lost Sea and meet its fossils and denizens in full Hi-def glory.

See you on that dusty Lost Sea!