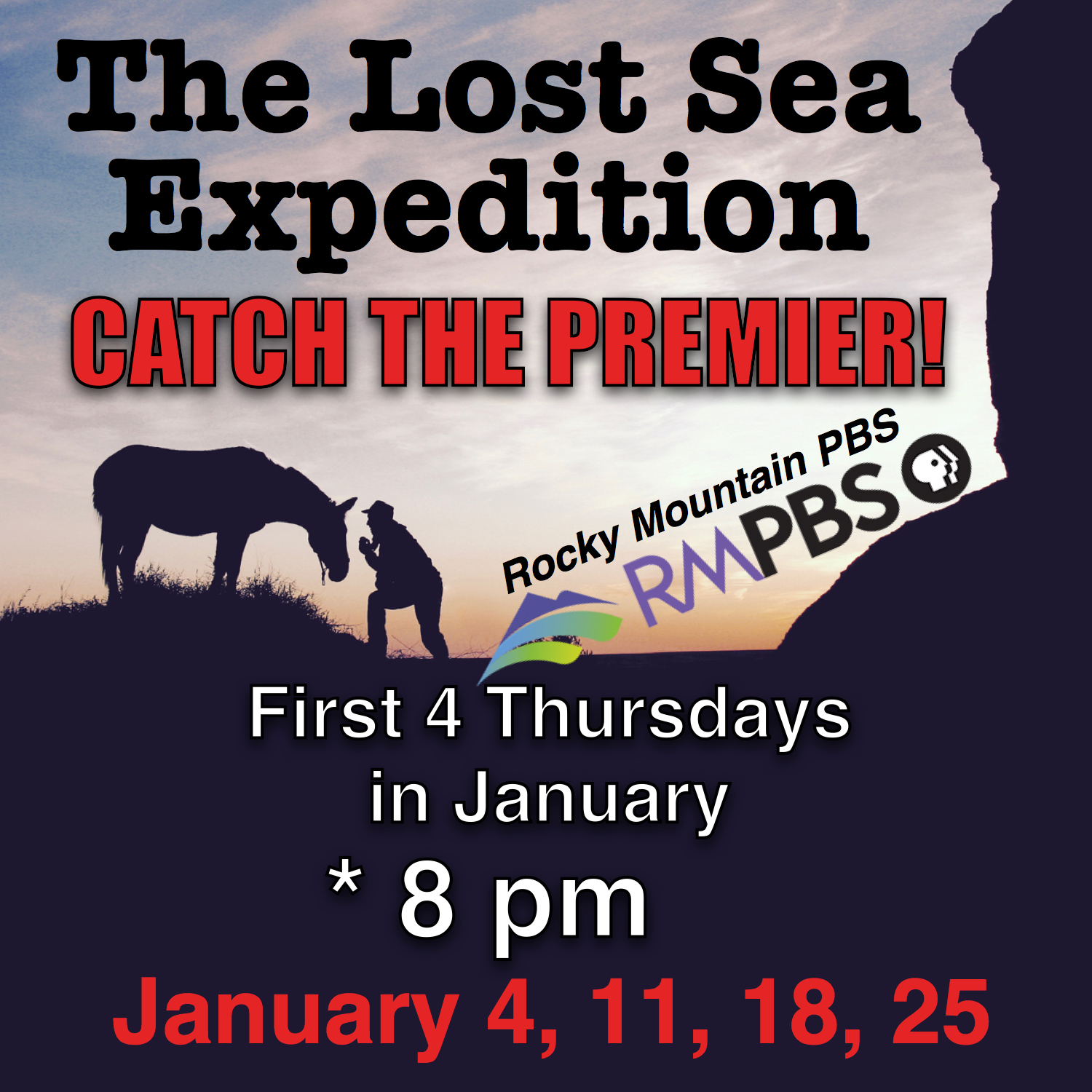 I’m super excited to announced the airing time and dates for the 4-part Lost Sea Expedition documentary on Rocky Mountain PBS (Colorado). You’ll also be able to stream the series on Amazon. That link will be up shortly (in the General Store).

Starting January 4, a new episode of the Lost Sea Expedition will air each week in January. Each episode will air twice. Airing times and dates are:

To make it easy, just remember that’s the first 4 Thursdays in January at 8 pm.

If you missed the series or are a night owl, you can catch it 5 hours later.

Be sure to tell all your friends that live in Colorado to tune in to the series.

It will air on all the Rocky Mountain PBS affiliates. They are:

What if you don’t live in Colorado…?

Don’t live in Colorado but want to check out the series? No worries. Here are some ways you can watch the documentary anywhere.

Starting January 4, you’ll be able to stream each of the 4 episodes after it airs on Rocky Mountain PBS. We’ll have that link up in the General Store. For those who generously donated to the Lost Sea Expedition, we’ll get up a link where you can stream the series for free. Stay tuned.

We’re fitting special shoes to mule Polly’s hooves so she can stomp out Lost Sea Expedition DVDs the pioneer way. Just kidding. We will have factory pressed DVDs available after the series premiers so you can enjoy the journey. We’ll let you know when they go on sale. 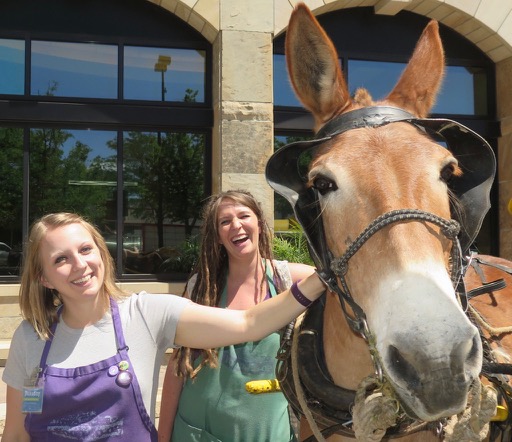 A scene from mule Polly and my fundraising trip to Colorado this June. Here she’s hanging with Tuesday and Oakley during an earlier jaunt in to Ft Collins. Thanks for the purple carrot guys! For a fun story about plant decapitation and fundraising gone awry – check out the story about Pat’s Palm. 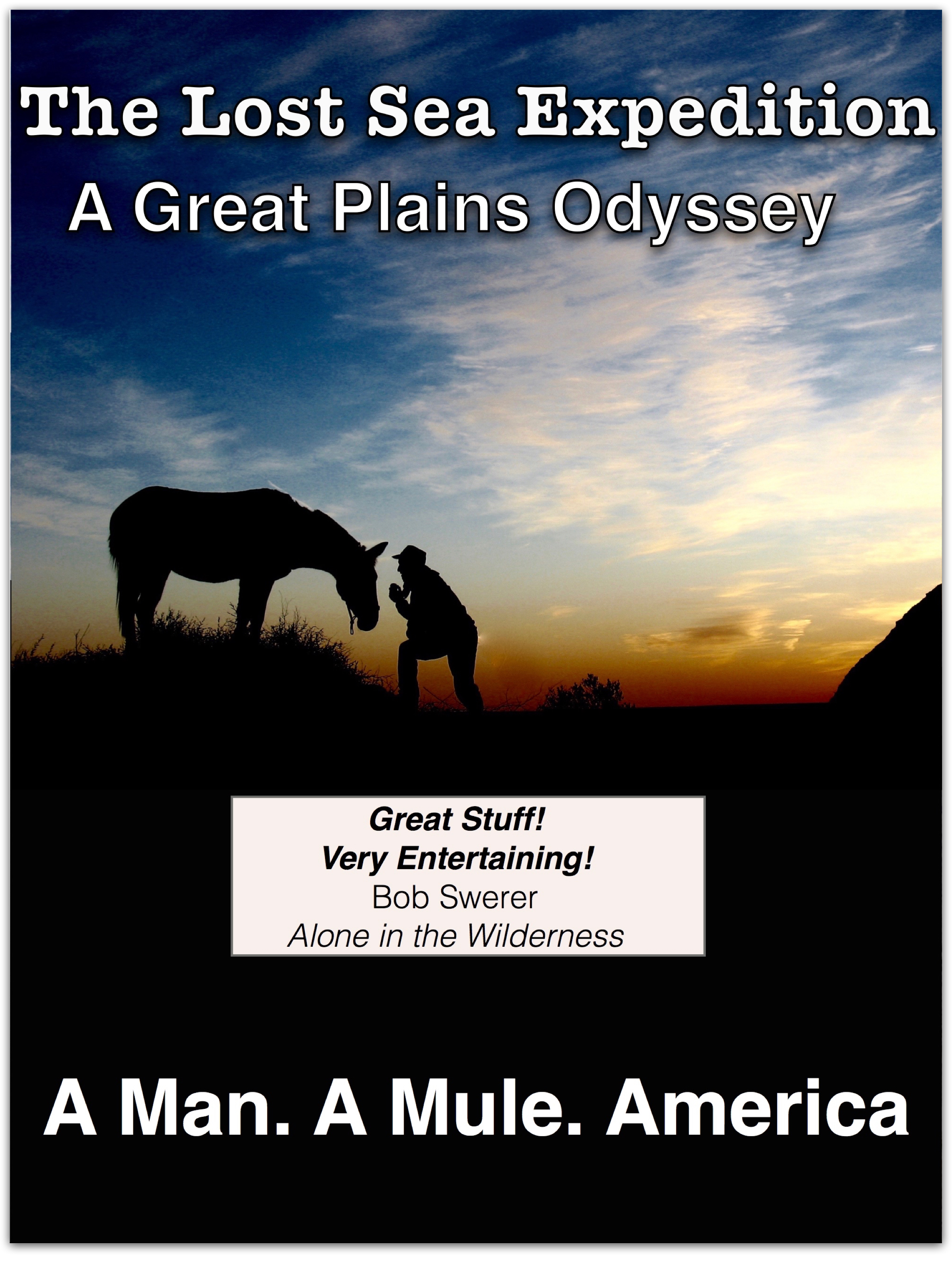 The Lost Sea Expedition DVD. With a bit of mule power, we’ve transformed mule Polly’s wagon voyage across America in to this snazzy DVD. It will be available for pre-order and ships after the series premiers on Rocky Mountain PBS.

In the meantime, you can catch up on all the Lost Sea Expedition series news and updates here at LostSeaExpedition.com.
Or you can preview the full length series trailer right here.

The map below shows where the mule Polly was hanging out in the photo above.