“High Pecan Prices Lead to Thefts” shouted the Albequrque Journal. Reading on, I learned that the poor pecan harvest in Georgia had driven pecan prices to a dollar and a half and two dollars a pound. No wonder guys were thieving nuts. My mind flashed at the state of my bank account and suddenly I got the urge.

A few of those pounds and I’d be solvent again.

Then Alan hailed me riding down his dirt road with the words “Hey, looking for some work?” Alan was looking for someone to pick his pecans. It was late. I was dusty. That’s when I look most insolvent.

That’s how the trouble began.

The next morning, I picked up a green Debbie Lyne Texas Cabbage bag. On the side was written “1 3/4 bushel – 50 lb”. Let’s see, 50 pounds at a buck fifty, that’s 75 bucks. Even more if the price was higher. Surely I could knock over a hundred bucks.

So I got to work.

Three fellows up from Juarez where there already there among the rows of nut trees. They were Garcia, Pedro and one called “Habier” if I heard correctly.

I’ve never picked pecans for gain. But Maggie had lived for years in a pecan orchard so I felt a distant kinship for the oval nut.

I got down on my hands and knees and tried to blend in until I got the hang of things.

Habier, the oldest fellow, pretty much picked where ever he wanted to. Garcia and Pedro, younger by a few picking seasons, picked in rows along the trees. Whenever trees needed shaking, they took turns climbing up into the limbs for a violent shaking session. It’s the youngest guy that shimmies into the sky.

Then I showed up, and as the junior picker, turned into the monkey.

It worked out fine. They plied me with Cokes and I kept the adrift in hailstorms of nuts. 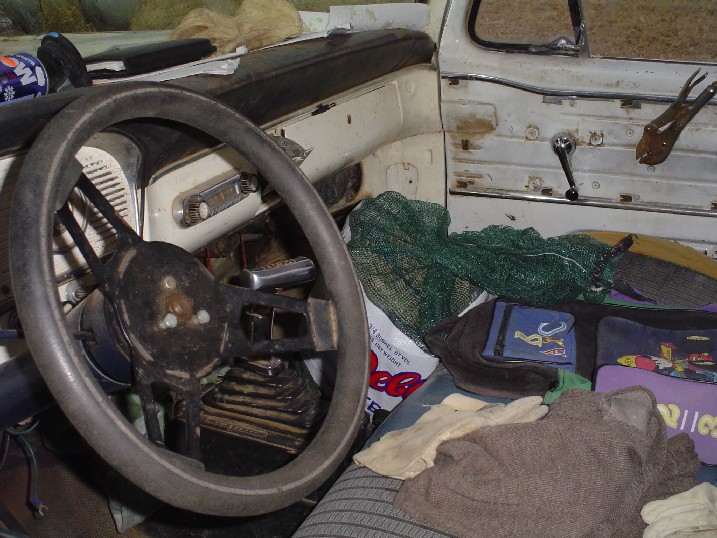 Bernie’s haul under the Vice Grips

Pick, climb, shake, pick. All day pick and climb and shake and pick …