The Official Center of the World – Felicity, CA 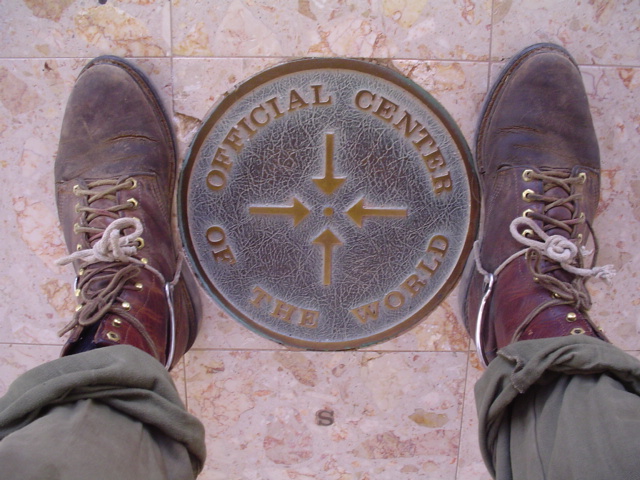 “Now stand on the plaque and make a wish” Norma informed me as I approached the bronze circle. I stepped into the ring of raised lettering that read “Official Center of the World” and tread onto the dot at the center. This was it. I closed my eyes. I made my wish.

Then I asked Norma, sort of cowering, “Hey, Norma. Has a mule ever stood at the center of the world?”.

And my wish came true.

Magnolia first, and then Woody (because he cowers at affairs of state) were duly lead into the pyramid. 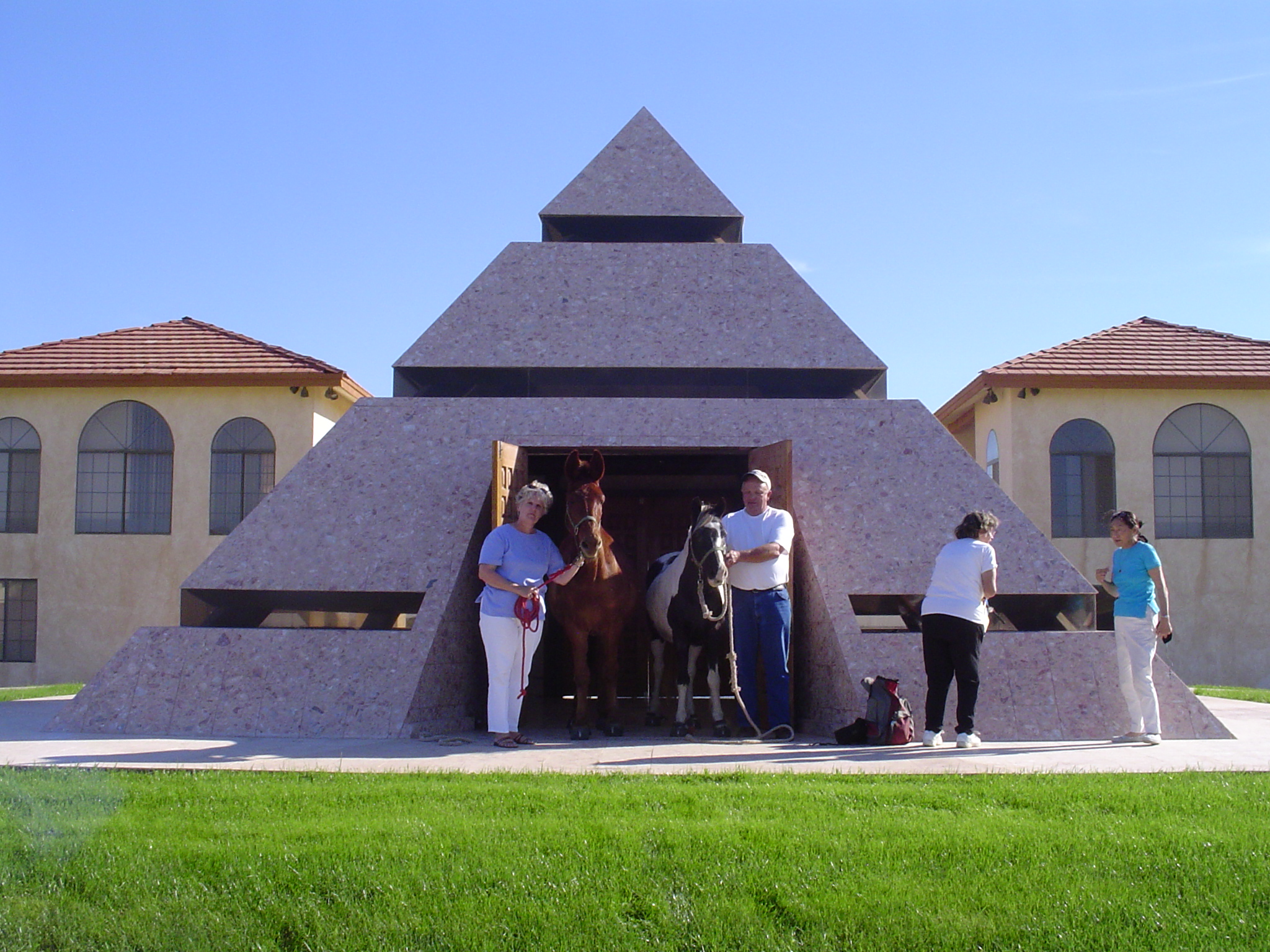 I placed Woody’s hoof on the plaque. “So Woody” I asked as Norma jotted down the time the momentous event took place “what ch’ya wishin’ for?”

He and Maggie were tied up outside the pyramid and dined on irrigated grass.

“This certifies that Woody visited the Pyramid and stood at the Official Center of the World” read the parchment certificate.

There was magic here. This marked a year to the day on the road. 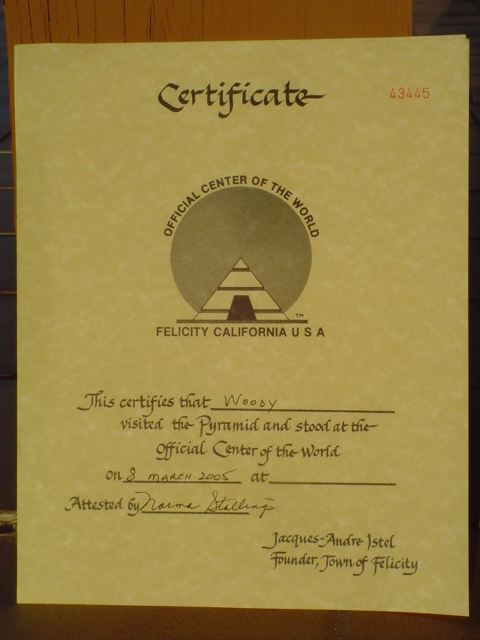 Oh and then the celebrations began. Jacques Istel, the mayor of Felicity, and his wife Felicia, broke out three very French things. Champagne, a piece of the Eiffel Tower, and Gustav Eiffel himself.

It seems Jacques had acquired the quintessential Section 12 of the grand tower a few years earlier. Gustav’s appearance, in cardboard, remained shrouded in mystery.

Gustav in tophat was duly propped up in front of his creation. Jacques, wearing the official red mayoral sash, made a short pronouncement which ended to the effect that we should retire to the “Brasserie” for a champagne toast. 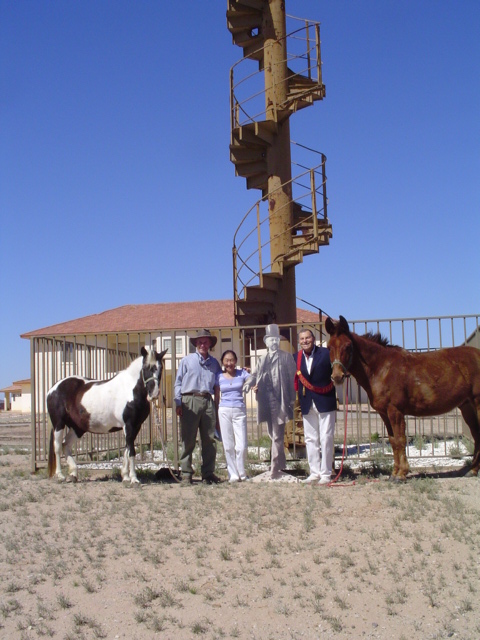 And so we wrapped up our first year on the road.

So it just goes to show that there’s still magic in dreaming. There’s still plenty of room for slow mules and ponies that wish for hay. And if a man walks and talks and wishes carefully, he may still get to the center of it all.

Thanks for capping our year on the road with such a magical spell! For anyone who wants a taste, drop by Felicity for a visit.

Aside from enjoyable whimsy, the main and successful activity of the Town of Felicity is the engraving of history in granite seen at www.historyingranite.org and felicityusa.com.