The Road to Speck

The mules and I are screwed up at the crossroads. Three roads. No signs.
Which way to Speck?
I flag down the muddy truck and ask the guy with the beard, “which road goes to Speck?”
His name is Sean Pendelton. 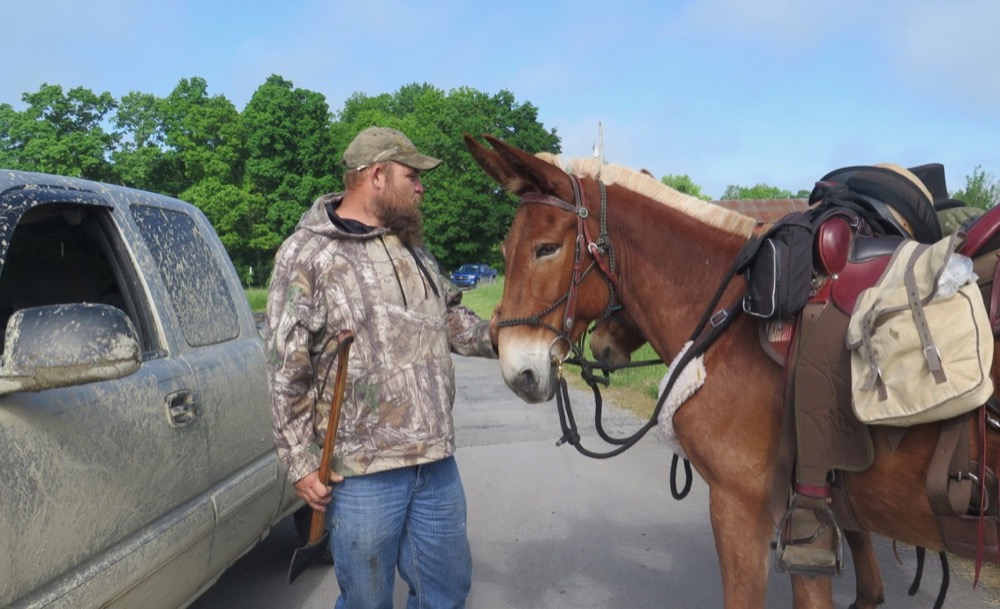 Sean moments after I met him. He’s holding an ax. More on that shortly.

This flagging down cars for directions is part of mule travel in eastern Kentucky. I still travel with paper maps. Even when I use my phone for directions, in many cases, the directions aren’t much use. Often, the road signs are missing. Or the road signs go by completely different names than what’s on the smart phone screen. Someone changed the sign but didn’t update the phone’s navigational database. 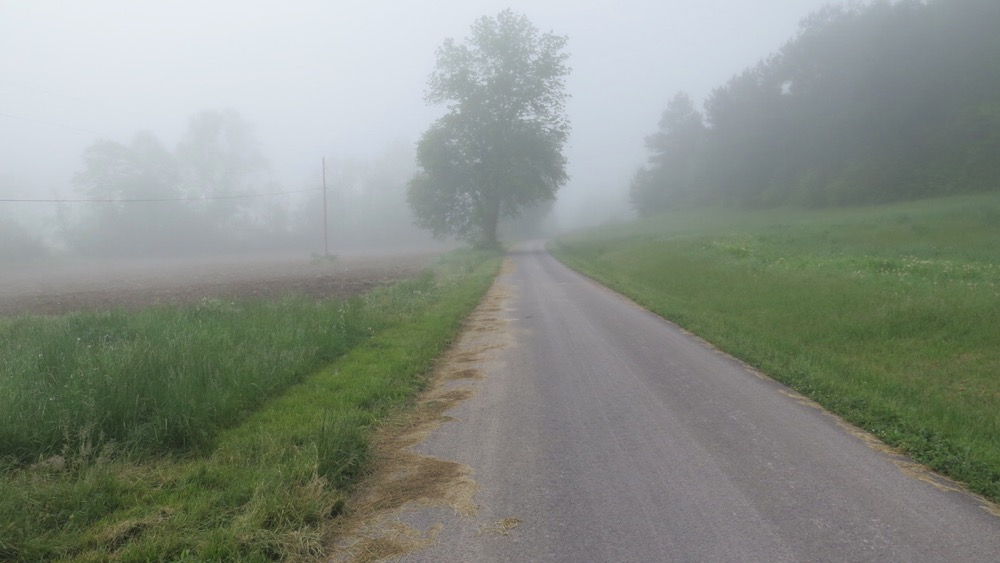 Misty morning road outside Pellyton, where I started the day.

Sean tries to tell me where I need to go. I’m dense. He’s not getting far. He turns off the engine. Here’s a man that knows everyone around and when they see him, they probably know his engine is shut off because he’s visiting. It’s okay. You can do this in these parts.
I show him my map. He studies it a while then says, “just follow me.”
He fires up his truck, rolls off and I catch up with him in front of a red barn.
He gets out and shows me a scar on his leg like a giant lamprey suck mark. That’s why he retired from mule logging. Now he buys old axes and makes new handles for them. 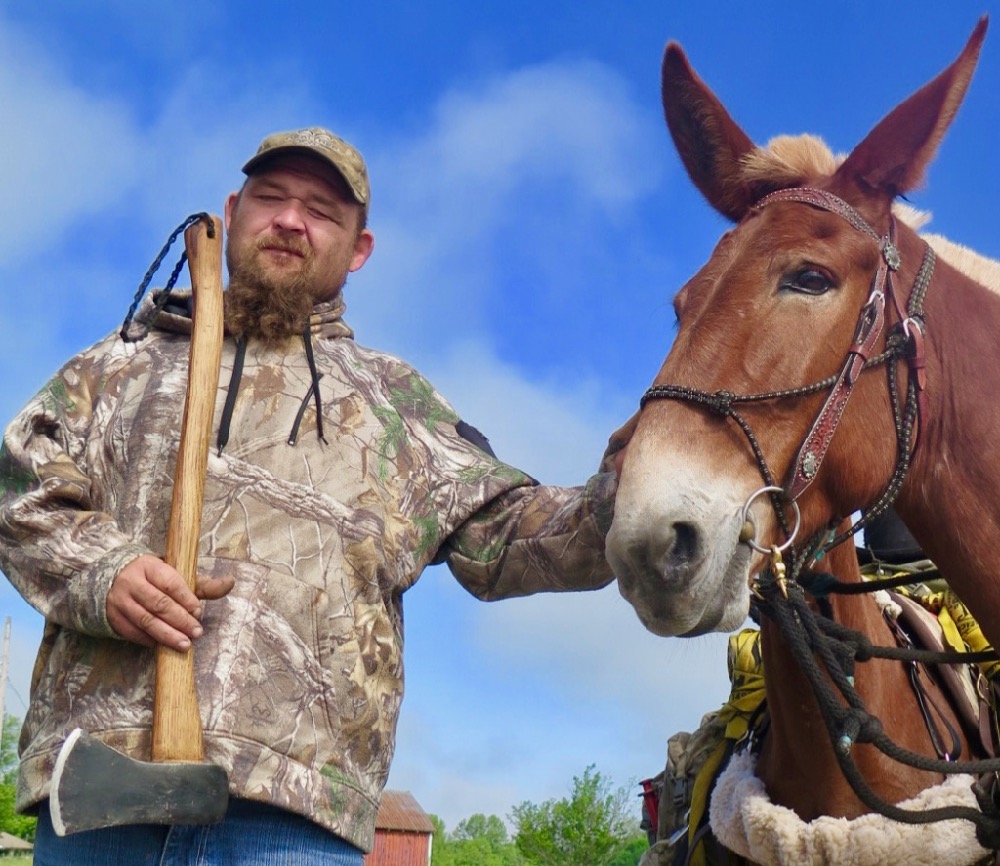 Sean shows me one of his axes. 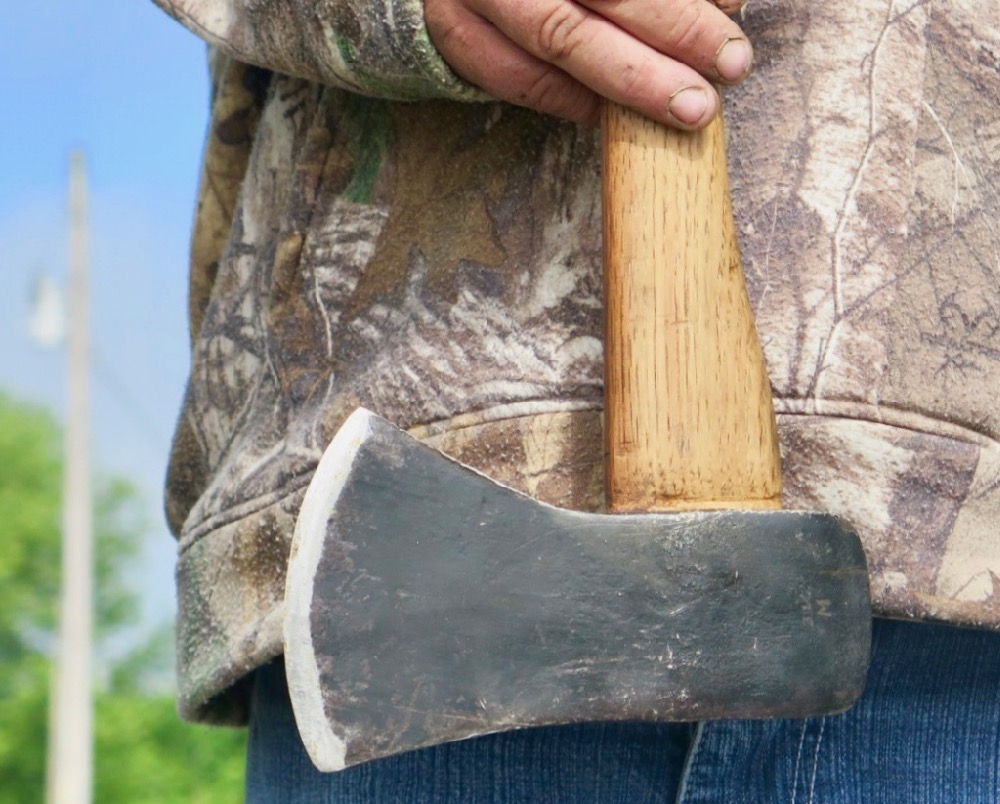 Sean bought the axe head at a sale. He replaced the handle and sharpened the blade. He says he might not sell this one because it’s so nice.

Sean steers me down a road too narrow to take seriously. It starts out looking like a driveway. Then it turns to gravel and threads its way through a hay pasture and drops over a steep ledge in to a deep cool valley. Though technically a state maintained road, it fords a clear stream. The perfect place to water the mules. 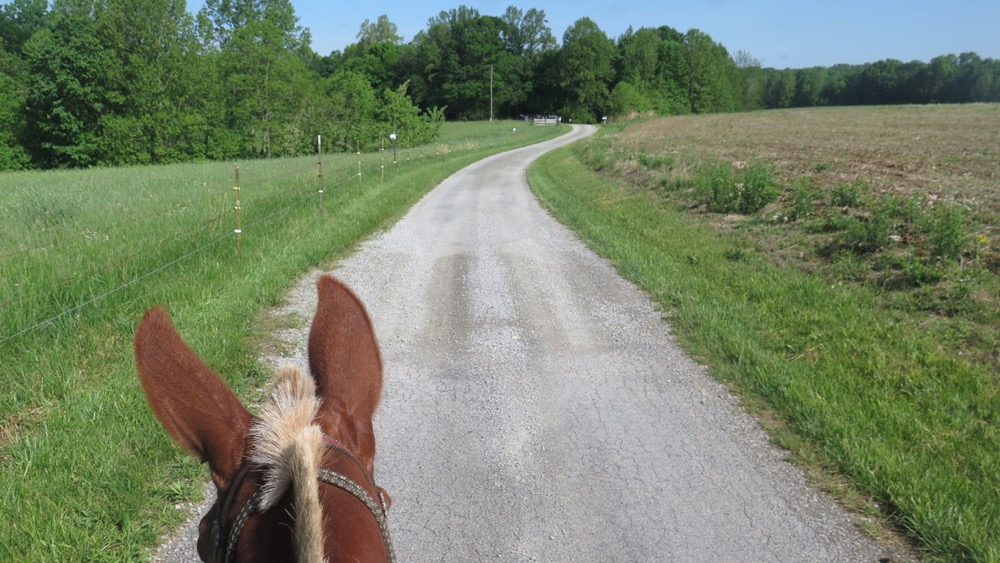 Roads the way I like them – narrow, deserted and winding through hay fields. 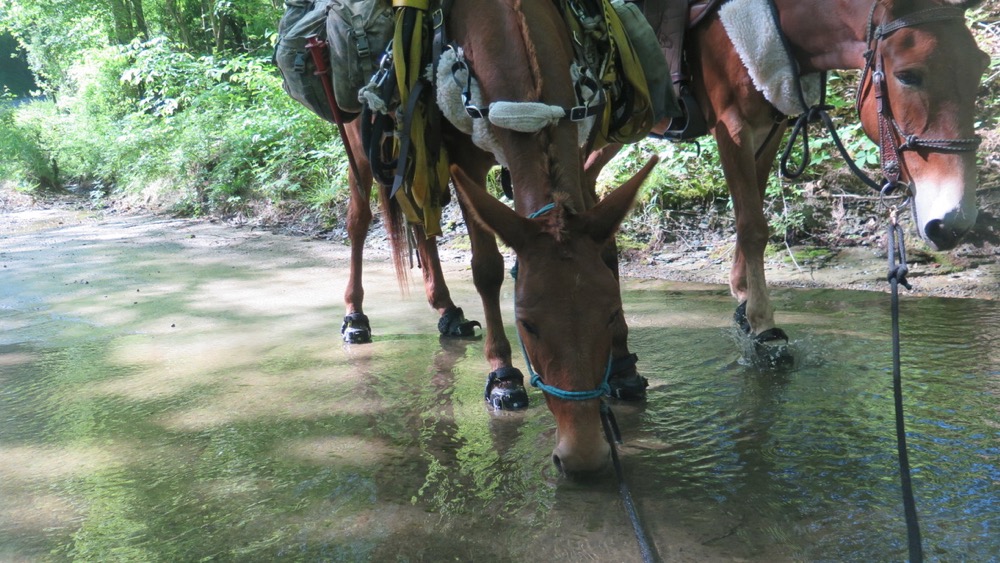 The ford where I watered mules Brick and Cracker.

Half an hour he checks up on me again. “I’m just out ridin’” he says.
Even if I could navigate with a phone or GPS, I wouldn’t. I’d miss meeting the Seans of Kentucky. 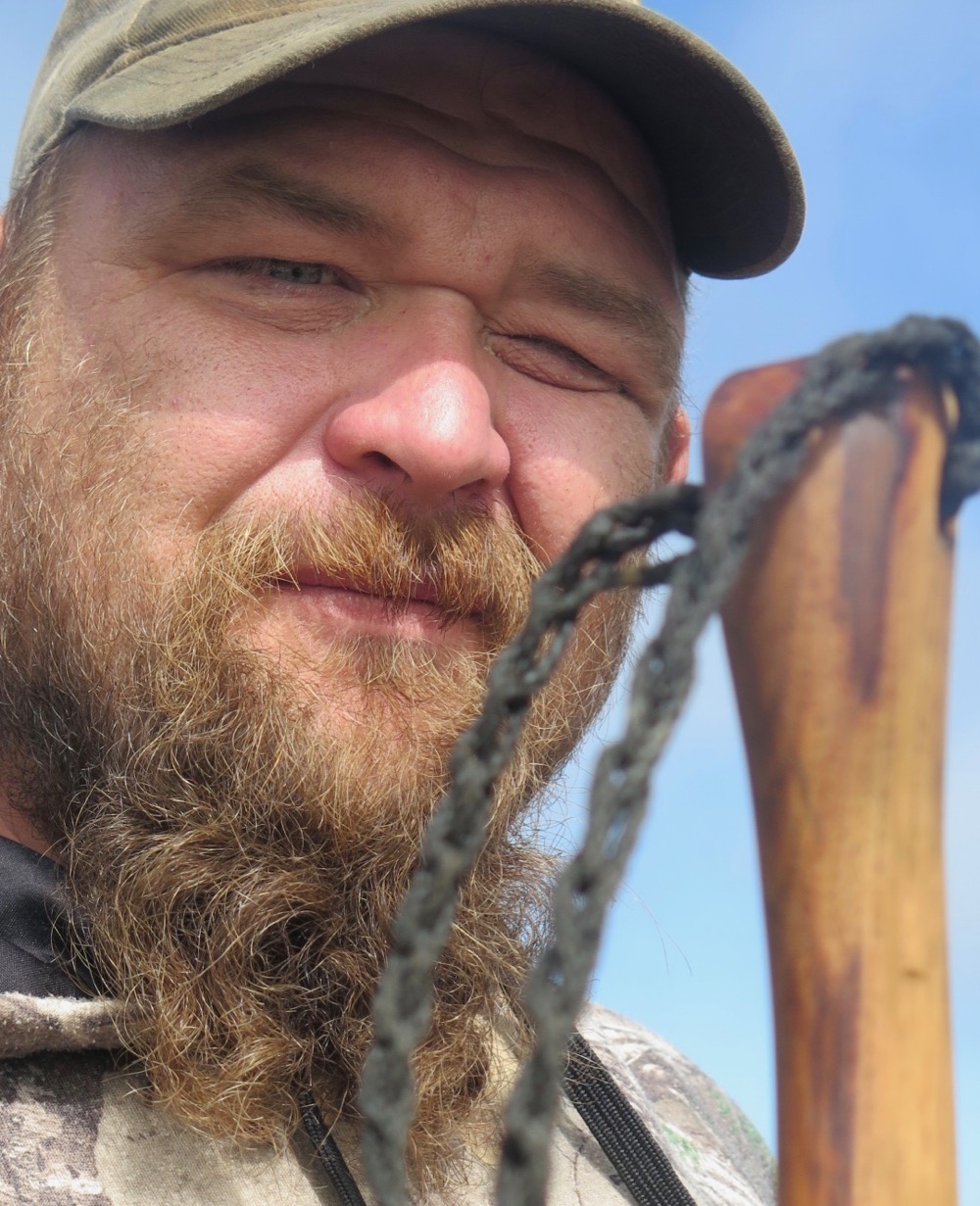 Human direction. Sean grew up in these parts and knows the land. Growing up, he road horses on the same roads the mules and I are traveling.

Thanks for showing us to Speck, Shawn.