The Sound of Tree Wind 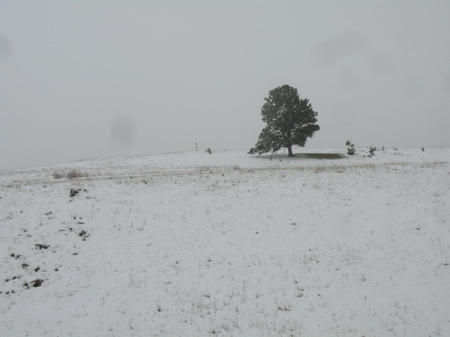 The last week of May
South of Rochford, SD

Memorial Day’s over. It’s supposed to be warm. But out here at 6000 feet in South Dakota, well, you’ve just gotta listen to it…

Traveling from Canada to Mexico with mule Polly and our wagon, we’ve been exposed to all sorts of wind. 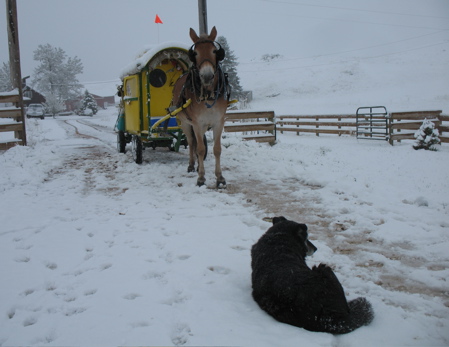 Heading into the wind.
Click here to read about snow after Memorial Day…
South of Rochford, SD

On the zephyr side of the scale, you’ve got your wagon breeze. That’s the stuff you crave on hot summer days around noon when you’re lying under your mule wagon. The sun’s burned the grass to tinder three months ago and you’re just waiting for the bolt of lightening to drop from heaven, catching the prairie on fire. That’s when you want a wagon breeze. It’s the soft, wafty stuff that feels like you’re lying on your bed and some one softly lowers a sheet on you.

Then, on the other end of the scale there’s winter tree wind – the hissing, fog-laden, wintry stuff that blows through the Ponderosa pines up here in the Black Hills of South Dakota. 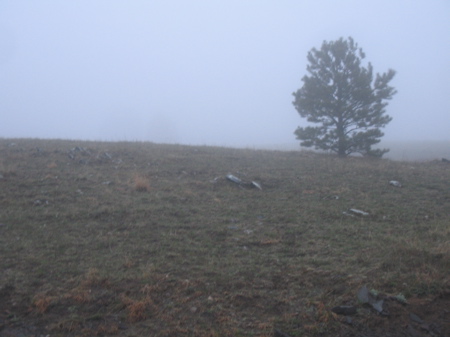 To listen to the pine tree in the picture above, click the player below.

The recording you’re listening to was made May 22 just on dark. It’s the sound of near-freezing wind and rain enveloping a lone Ponderosa pine at 6,000 feet on Reynolds Bald outside Hill City, SD.

A bald is a sort of high prairie, a patch of buffalo grass among the pine trees. Originally kept clear by bison, Reynolds Bald’s now kept windswept by cattle and ranchers who knock over encroaching pine trees with a grubbing hoe. Occasionally a seedling escapes cow and hoe and grows into a crooked pine that hisses in the wind.

During the course of the recording, the lone pine disappeared in a fog bank. 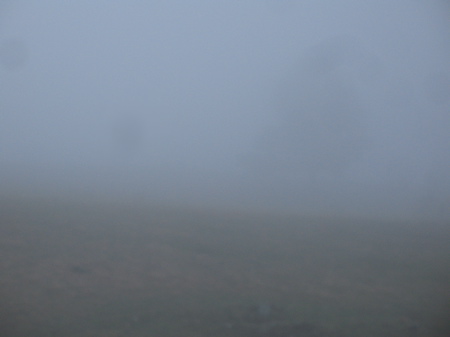 I made this recording to give you an idea of what this sort of wind does to your head. After 10 seconds you’ll be thinking “God, I’ve had enough of that static!” But no, don’t cheat and hit the stop button. Suffer through it and get a feeling for what it might have been like to have lived out here on the Plains and never escaped this northern wind’s incessant hiss.

Don’t feel badly if you can’t listen to the whole 30 seconds’ worth. The wind got to lots of homesteaders, especially during the Great Depression. They pulled up stakes and headed west, mostly to California.

“Blowing out” is what the Oakies called it.