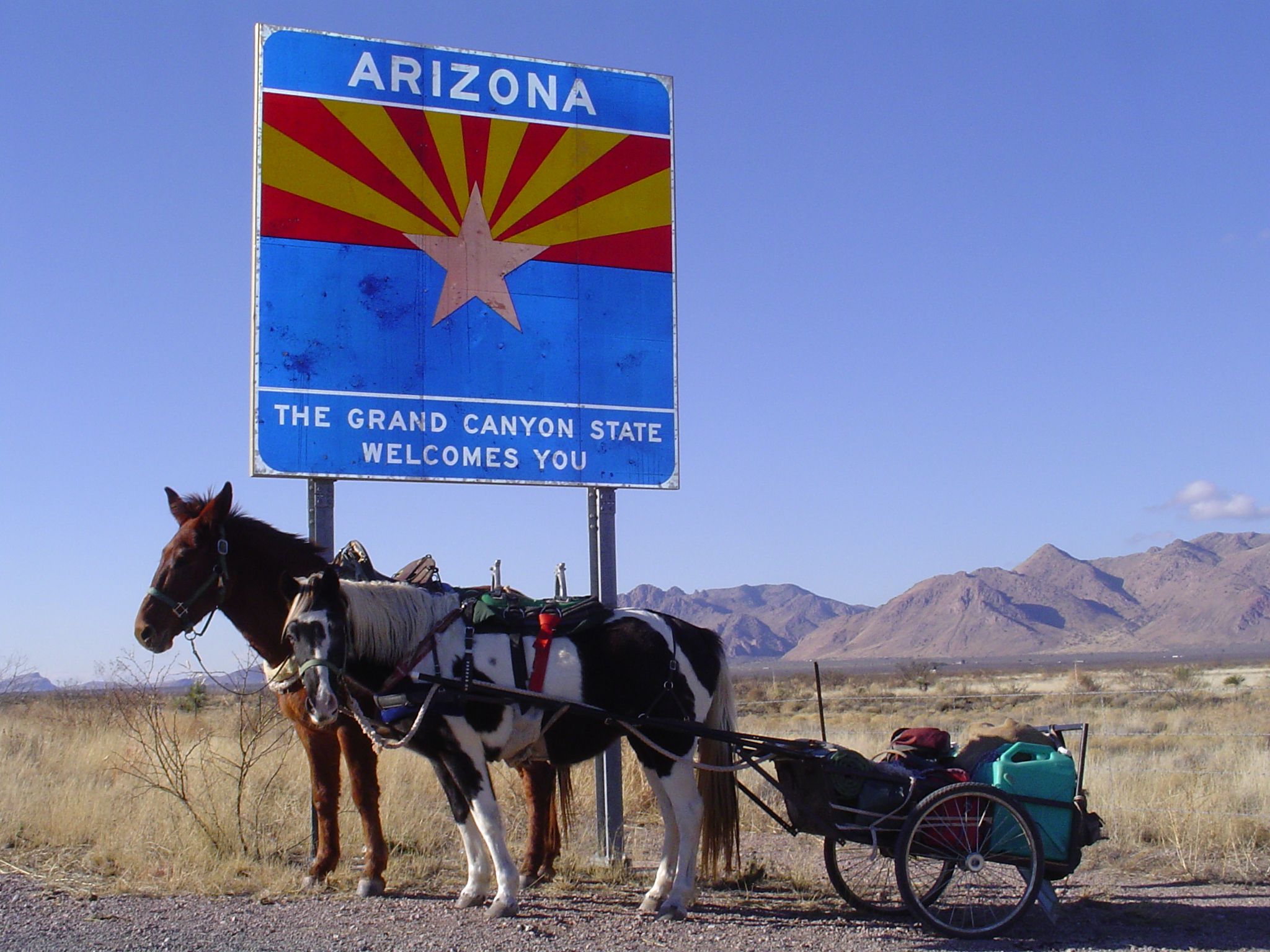 Welcome to the Grand Canyon State

For weeks now I’ve wandered through New Mexico with Arizona on my mind.

It’s cold out here on the High Lonesome. Most nights my tipi freezes into an ice-cream cone shape. Mornings, when I go to take it down, it won’t fit into its stuff sack. I roll it up like a six pound burrito and just cram it into Maggie’s cart. In the evenings, when I re-pitch it, it unfurls in a shower of shaved ice that sprays downwind in a miniature blizzard.

One my last New Mexican night I tie Maggie to an ancient International R-160 Series truck I’ve found abandoned out on the desert floor. I throw her the alfalfa hay I bought with the pecan money and pitch my tipi behind a junked refrigerator.

For weeks now, before I roll up in Maggie’s horse blanket for the night, I’ve been looking at the dotted line on the map. I play the flash light beam across the road map. It stabs to the west. Arizona! Desert land! Yes, the promised land where my tipi will fit back into it’s sack.

I twist the light out and crawl into the wool blanket. The night winds hurl themselves off the nearby Chiricahua Mountains, hurdle the dumped fridge and crash themselves against the tipi. I feel like I’m sleeping in a punching bag.

In the morning, I meet Maggie’s gaze. It says “Bernie, my hay blew away. Can I have more?”. But feed is short so I give her a palmful of my Quaker oats and half a flake of hay. What strands escape her mouth bounce away with the tumble weeds. 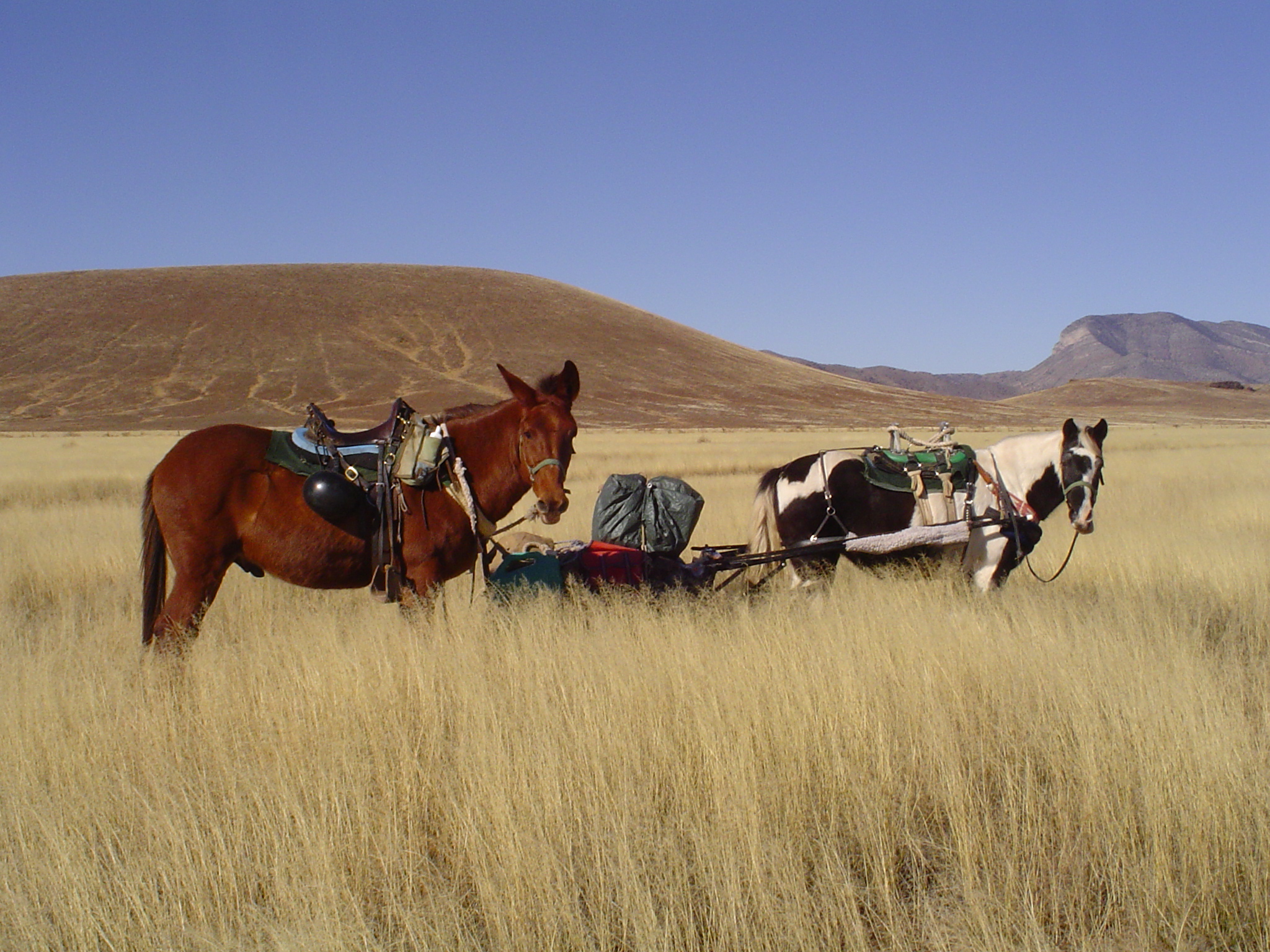 At the foot of the Chircahua’s

The dotted line that I’ve been riding toward proves to be largely academic. There’s the “The Grand Canyon State” sign. There’s the obligatory photo session. But then it’s just more wind and moutains.

A few miles south of Apache, where Geronimo surrendered, we take to the Chiricahua mountains.

I meet local rancher Rob Krentz while he’s out doing chores on his four-wheeler. He gives us a fifty pound sack of feed and an invitation to stay at his family’s homestead. “Just keep riding up the canyon until you see the windmill. It’ll be on the right. You can water your horses there.” 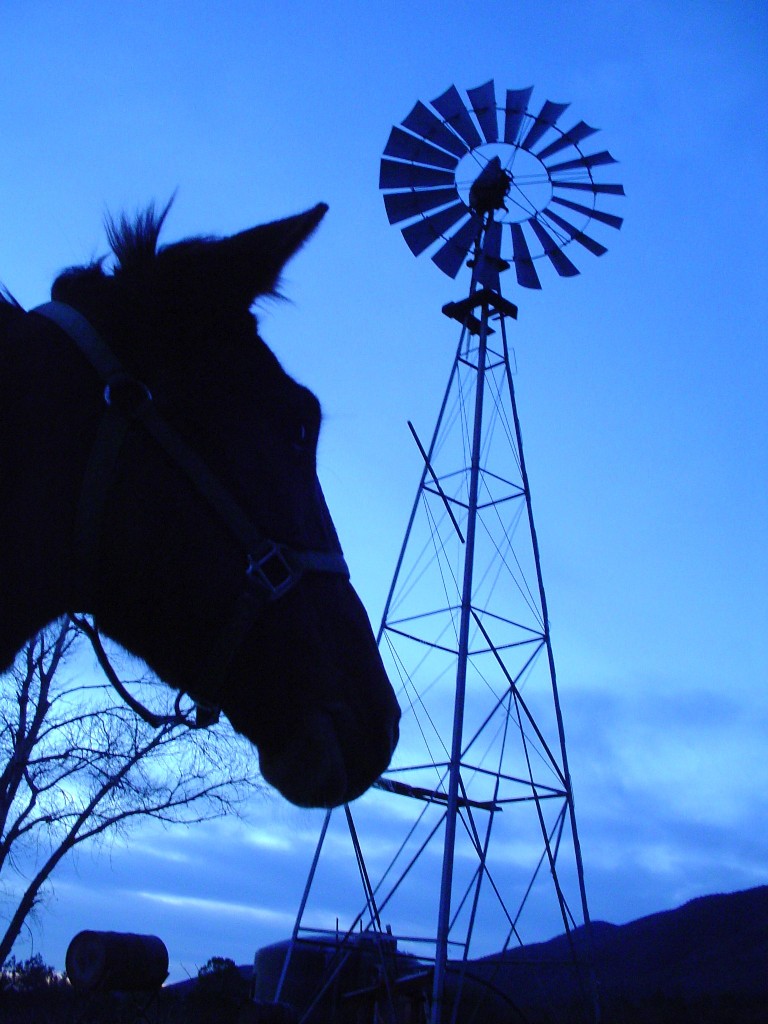 Sure enough, the windmill comes into view on dusk. I pitch a quick camp and explore the old adobe homesite in the day’s last rays. 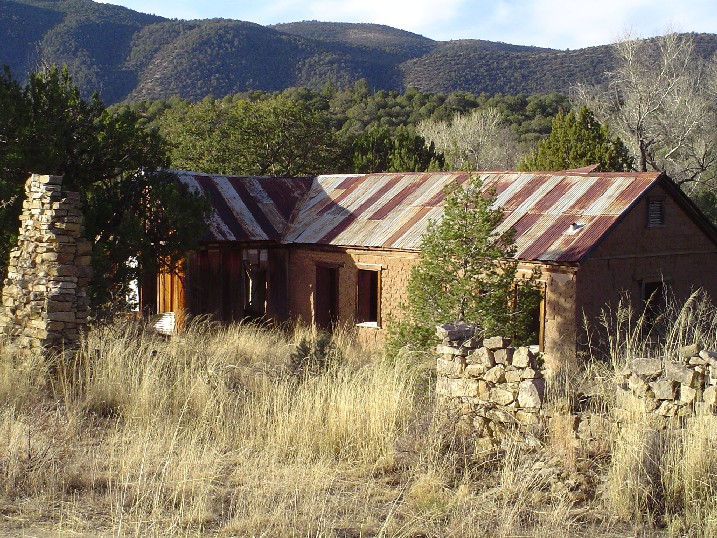 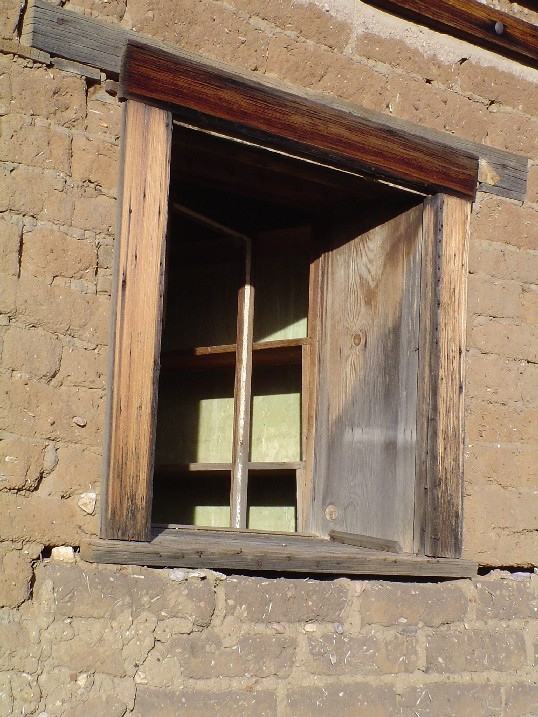 In the morning, I get a lovely surprise. My tipi walls are wet with dew, not frost glazed. It fits back into its bag. 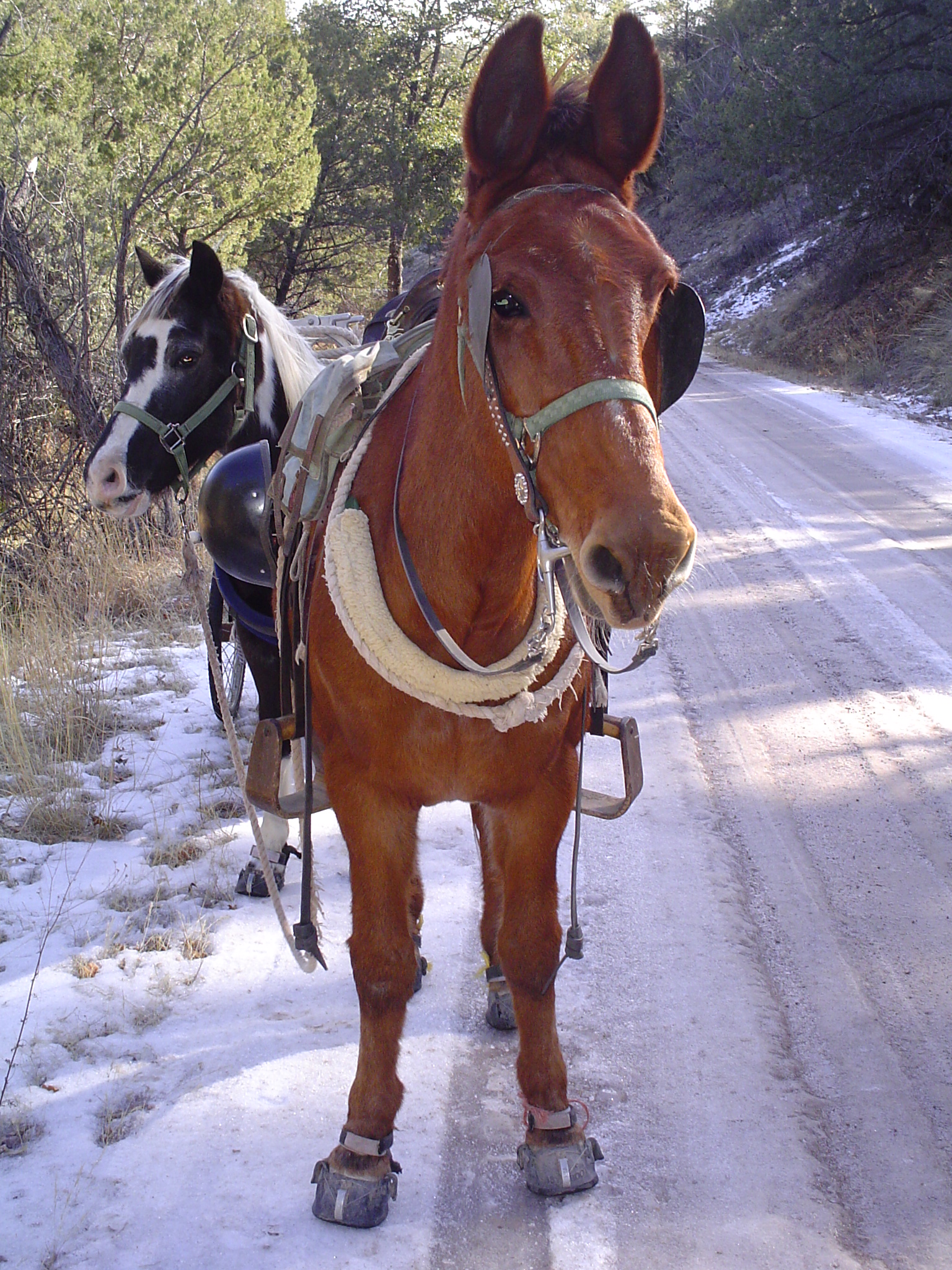 Then just when it looks like thawed sailing, the road turns to ice. But it’s winter’s last gasp. Soon I’ll be back into the warm.

(Thanks Rob Krentz for sharing your lovely homestead. Bernie)