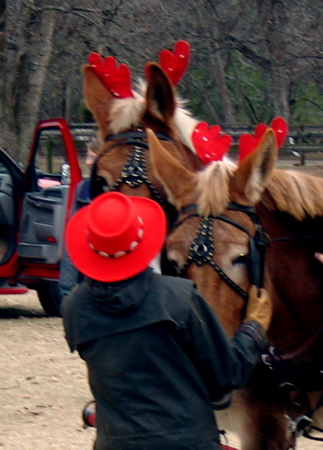 I never realized how enormous Jack and Bill’s ears were until I snapped a pair of flashing red velvet reindeer antlers behind them. It was a pretty good fake rake, a six-pointer with a thirteen inch spread if I’d been scoring them through a rifle scope. But that’s not what impressed me.

No, what struck me was that even with those enormous Yule appendages, Jack and Bill plodded on… END_OF_DOCUMENT_TOKEN_TO_BE_REPLACED