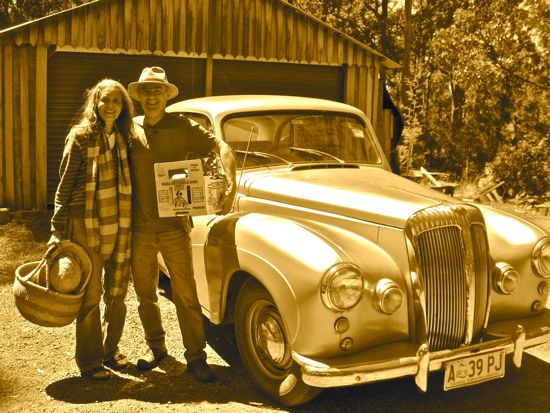 Home from market: Sylvie, Pat and the Daimler return from town

Like most Australians, Pat and Sylvie drive sensible cars – like the Honda that sits in front of their house. Then there’s the Daimler. 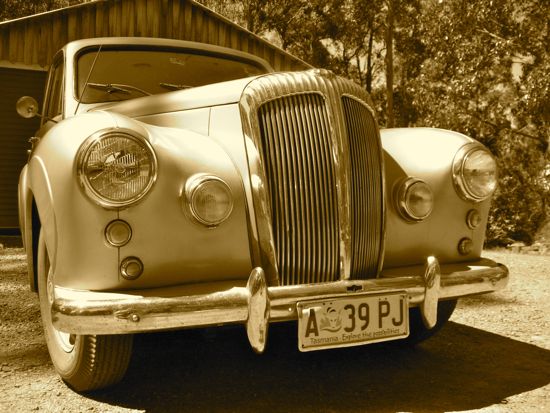 Out back in their shed, behind a set of roller doors, lives a 1953 Daimler Conquest. It’s in this magnificent beast that we recently visited town. While rolling through the Tasmanian landscape, Pat took a few moments to describe what he was seeing. I say “a few moments” because cars like the Daimler demand constant attention while driving. Levers need pushing. Pedals need depressing. When starting, throttle controls need tugging – then shoving back in. 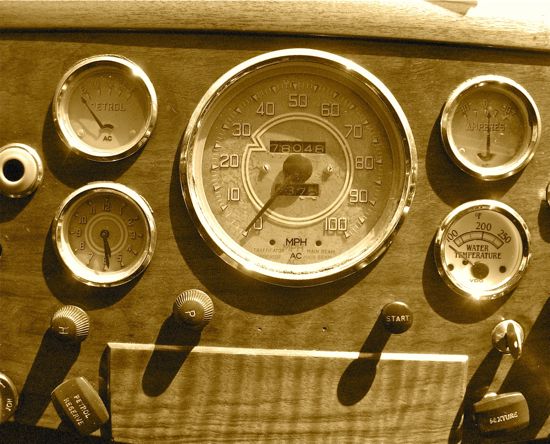 There’s not much time for chit chat – and don’t even think about texting.

Here’s what you’re about to hear.

In the recording below, you’ll hear Pat firing up the Conquest in his shed. It takes a few tries. Then we fade to the open road and this is where your imagination needs to carry you far, far away. To Tasmania in spring where on a river road, a Daimler heads toward the Southern Ocean. You’re in that car with us, sitting on those deep leather seats, and as the coast rolls by, you wonder how you’ll ever commute in your car again….

To take a ride in the Daimler click on the audio player below. 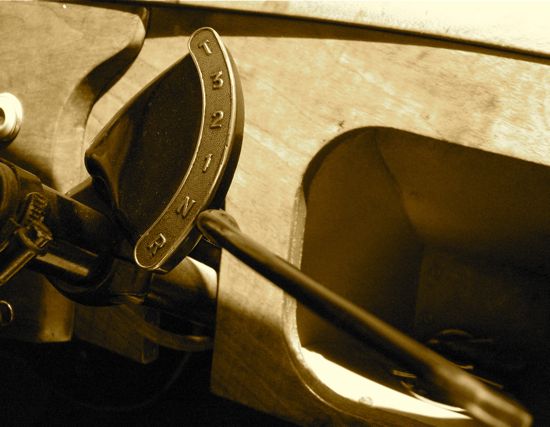 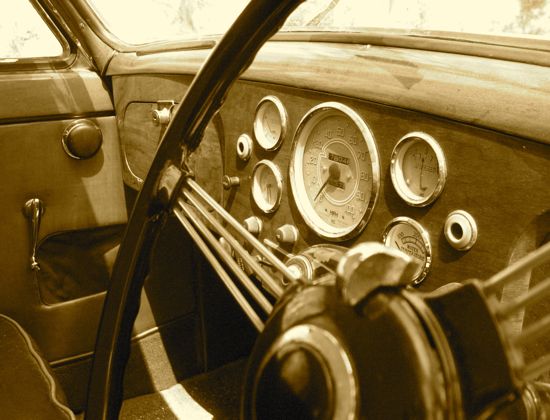 The view over the wheel

just fantastic audio Bernie You’ve done it again…I felt I was right there going over the bumps in the road, just magic.
peta

Reminds me of a ’63 Austin Healey 3000 MK III I once owned with no top and a hole in the floorboard. It had an electric overdrive activated by a toggle switch on the dashboard. Thanks for sharing the experience of the Daimler! God bless the Queen!