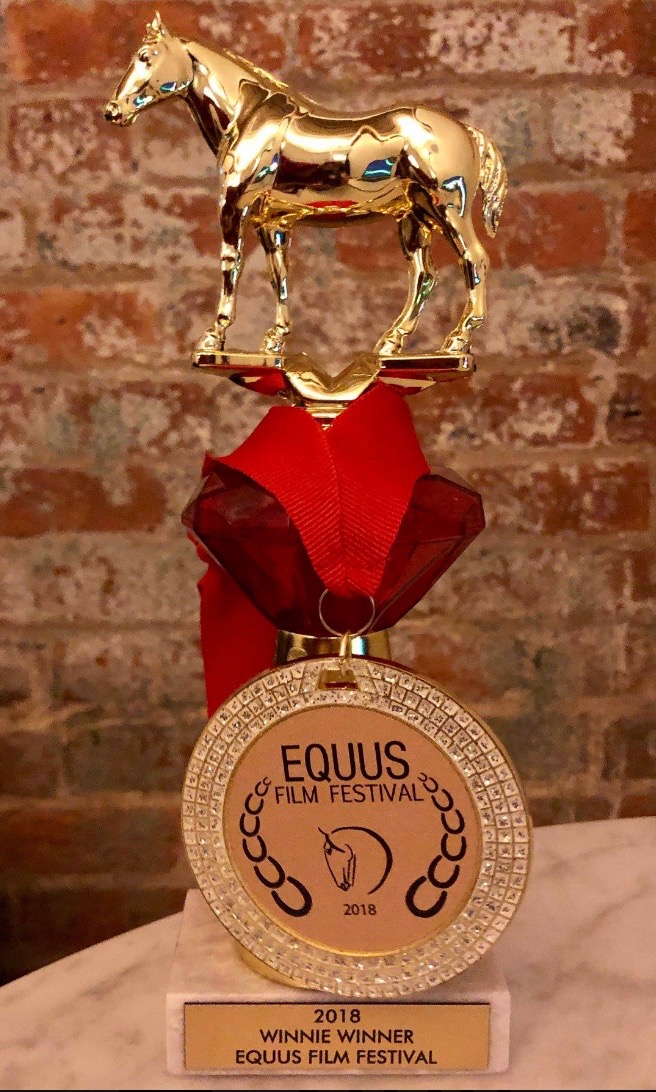 Okay. Sorry. I got a little emotional there.

It’s just that I’m excited that the “Lost Sea Expedition”, the account of my mule voyage across America, just won a Winnie award at the EQUUS Film Festival in New York City. It won for best Full Length Equestrian Film Travel Documentary. 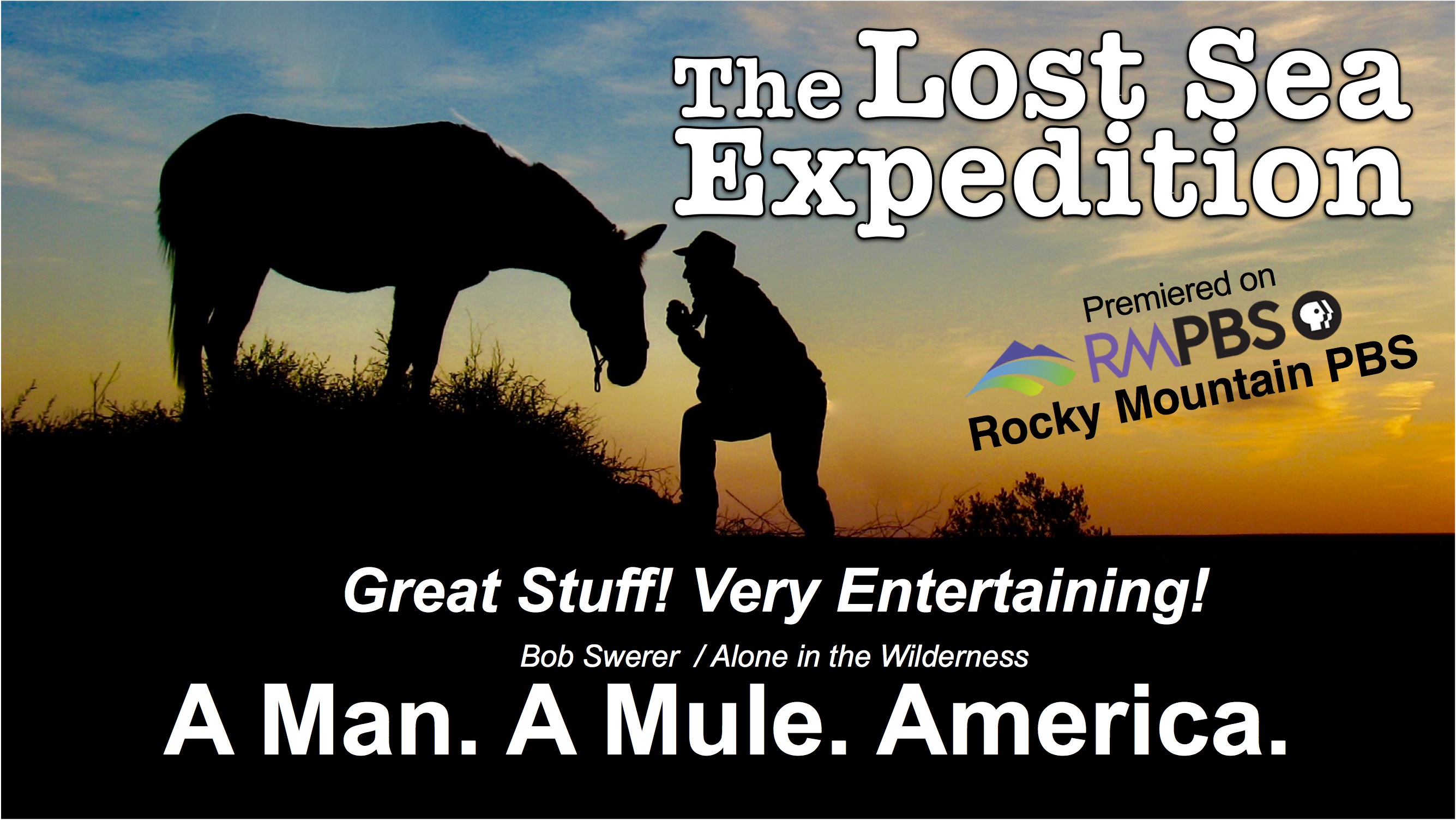 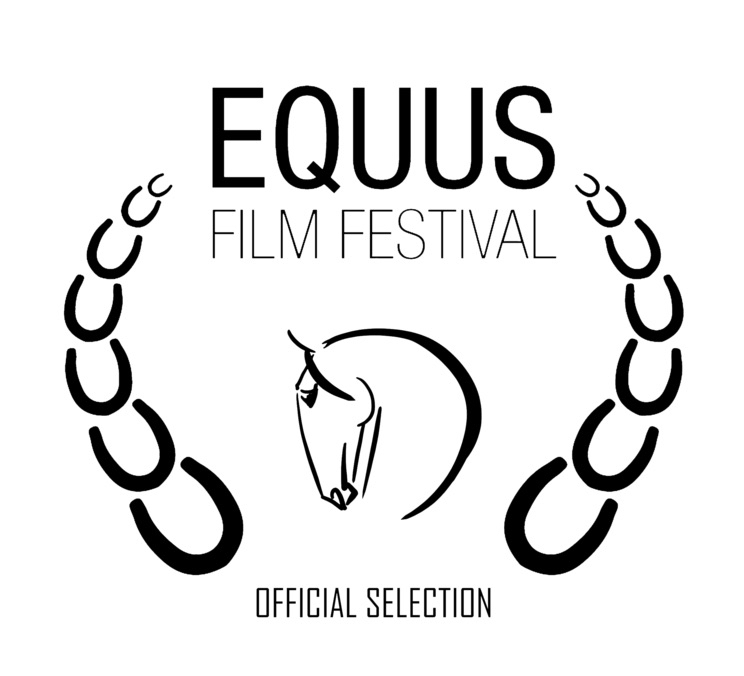 It was an honor for the “Lost Sea Expedition” to be accepted by the EQUUS Film Festival. This year, the New York film festival featured equine-themed works ranging from vaqueros to India’s Marwari horses .

What now? Well, mule Polly, star of the series, can’t eat a trophy so I have a better idea.

On our latest jaunt, a 6 week amble from North Carolina to Virginia and back, Polly developed a real love for little red apples. So red apples it is – a whole bag full if that’s what it takes. Heck, I might even plant her a Red Delicious tree. 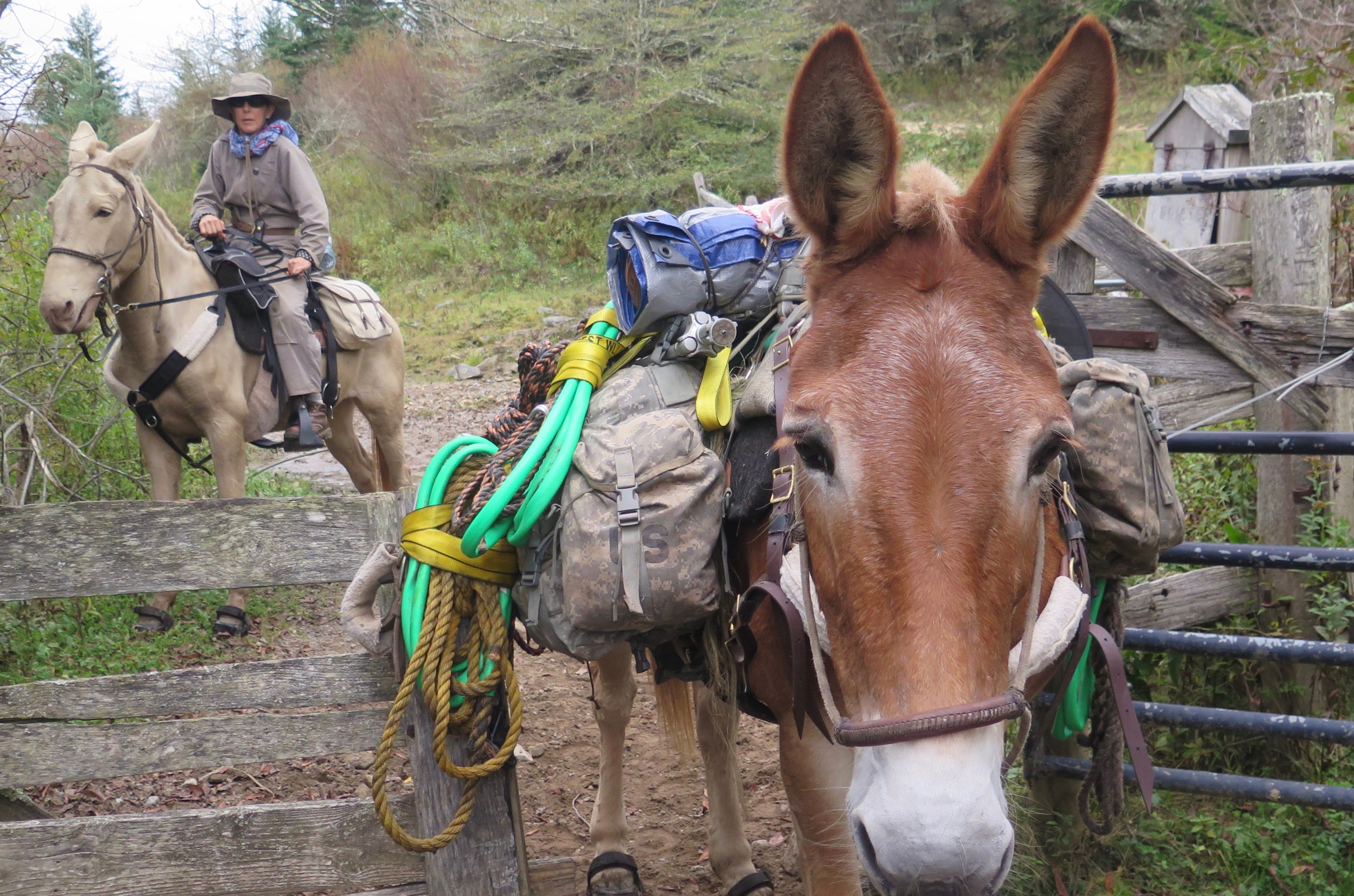 Mule Polly served as pack mule on Julia and my trip from western North Carolina to Virginia and back. That’s Julia in the background riding Dusty. You can read more of the journey at my travel site RiverEarth.com and Julia’s blog Saddle Under the Stars. 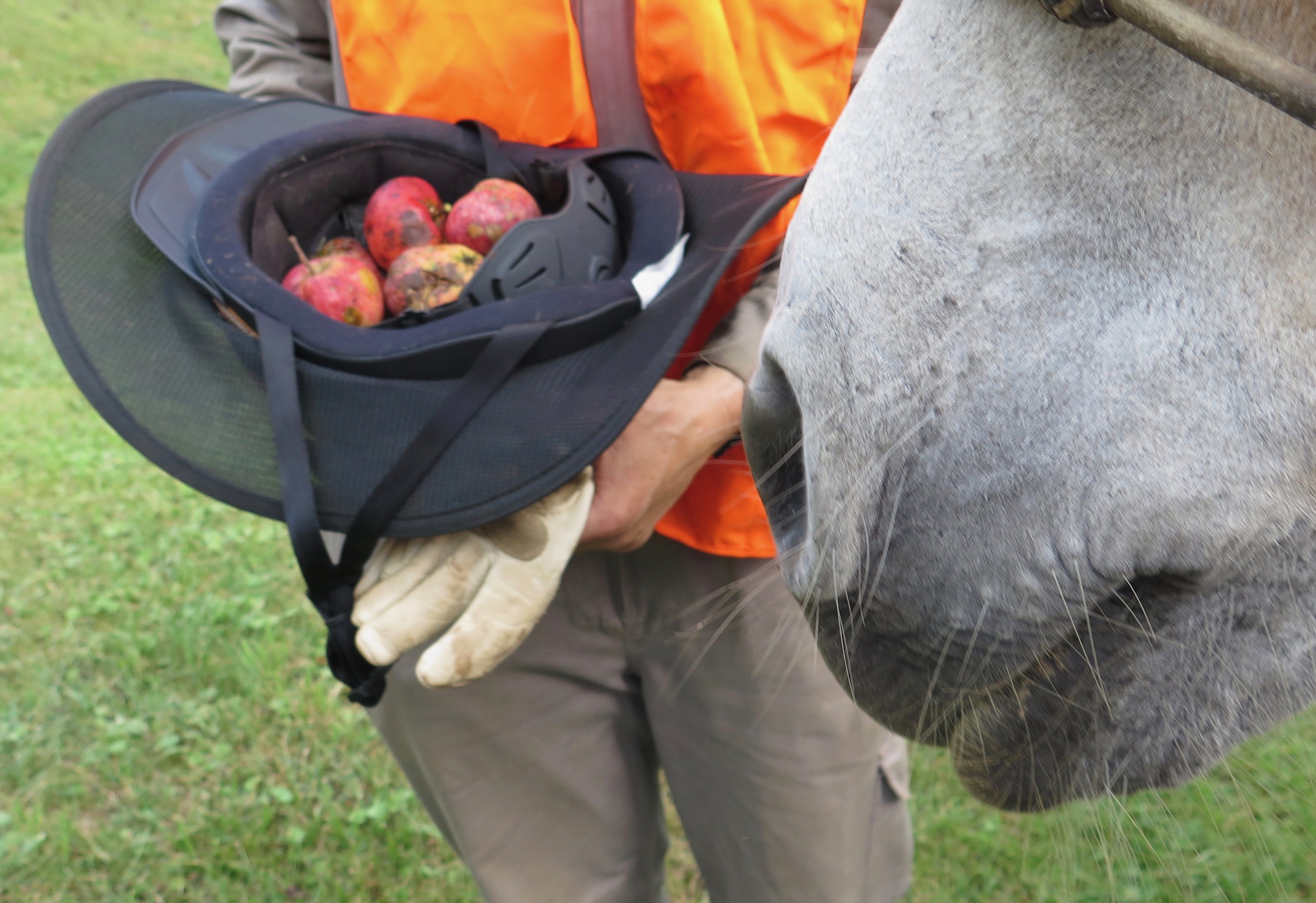 A hat full of apples. They came from a road side tree in western North Carolina (Todd, NC).

I also want to thank everyone that helped us get this far up the road.

First, a ten-year wide thanks to Will and Deni McIntyre of Will & Deni Media Inc. whose involvement with this project spanned over a decade. Were it not for artist Charlie Frye who painted 30-plus paintings for the series, the marine art world would have never collided with Appalachian folk art. Also, a huge congrats to Julia Carpenter. Without her encouragement, the “Lost Sea Expedition” would be a box of film footage instead of a beautiful movie.

The money to make the movie? For that I’d like to thank everyone that supported the film with their hard earned dollars. You can find that list here. 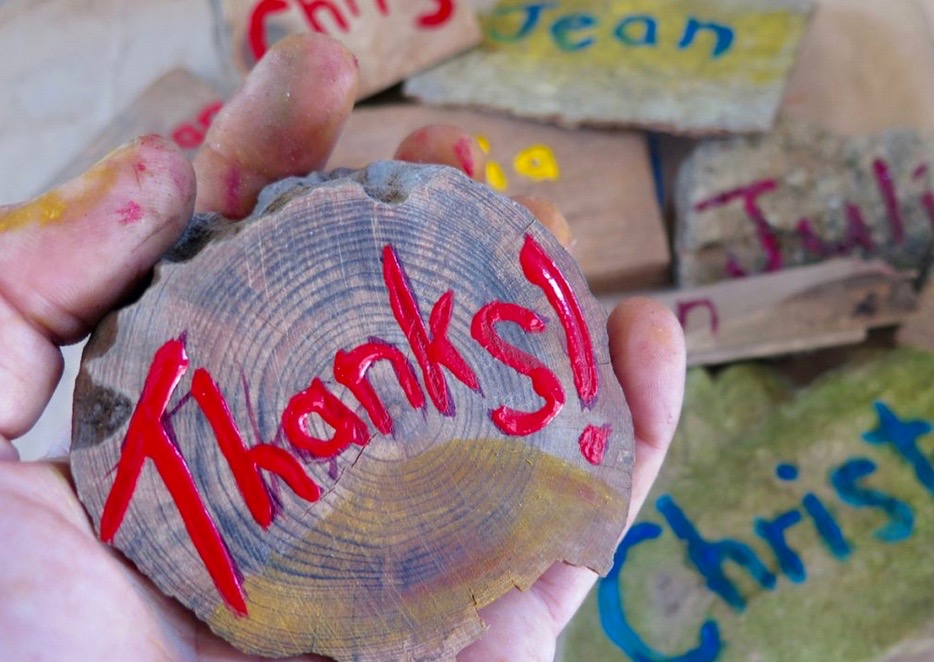 In the neighborhood of 100 individuals and companies stepped forward with contributions to pay for all the the things needed to make a movie – from audio engineering to color timing to insurance. Public Television, while a wonderful distribution platform, does not pay us to air the series. Rather, it was up to us, the film makers, to find the funding. That’s where all these folks stepped in to help. Thanks again guys!

Finally, my gratitude to all the people of the Great Plains who saw mule Polly and me through a land that alternated between achingly beautiful and achingly lonely. 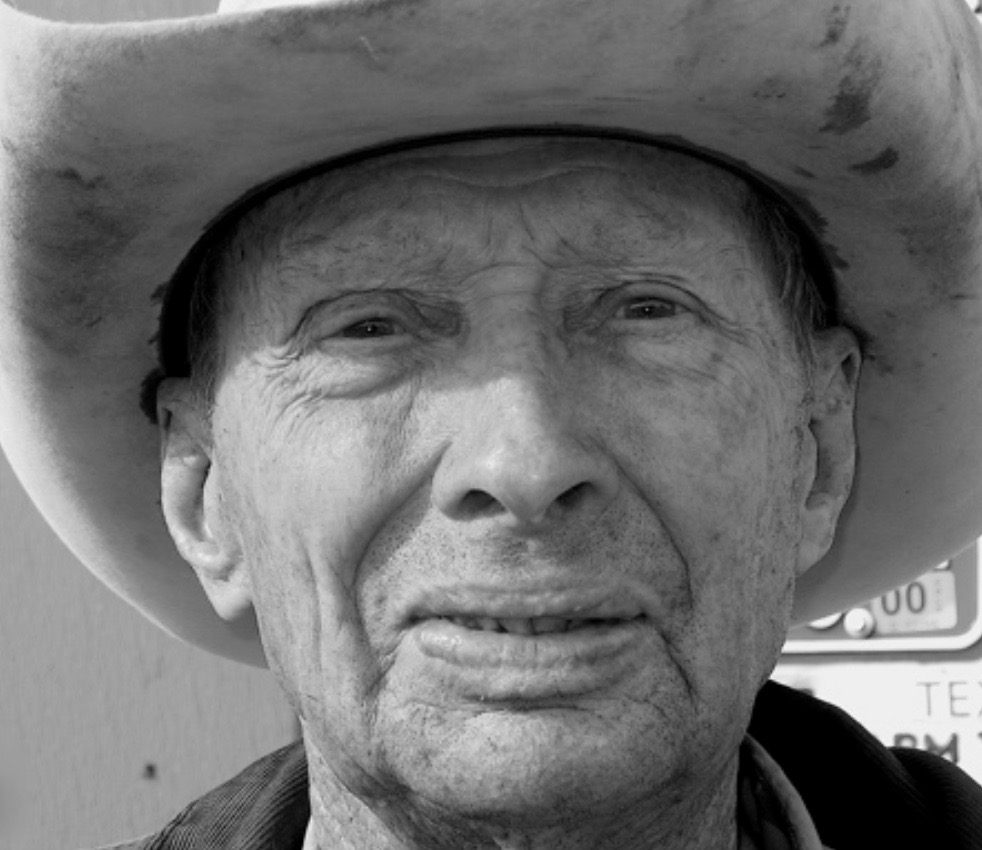 Colorado rancher and horse breaker Duane Ackley. Duane featured in the “Lost Sea Expedition”. You can hear some audio footage of Duane we didn’t use in the move in this story from the road.

In the meantime, here are 3 ways you can watch the now “award-winning” “Lost Sea Expedition”:
-buy the DVD at the RiverEarth.com General Store store

-stream the series on Amazon

-buy the DVD from Charlie Frye and Susan Frye at their Frye Art Studio in Lenoir, NC.

Congratulations on your new award!! I’ve just printed it off to take home to Dad.

I just saw on in our news site that you’re getting a blast of cold stuff which made me check in on your news. I hope you’re ready for a white Christmas.

Hopefully when I’ve finished work in a few days I’ll get my family news under way but we’re all well. I’m going down to my nephew’s prizegiving tonight as this is the end of our school year.

Have a blessed holiday season if I don’t get back to you before that.

Love from the Crawfords

Congratulations! A well deserved award. Of course most of the credit should go to Polly – an excellent actress. Take care, Bob

Hi Beth,
So good to hear from you all the way down New Zealand-way. Sounds like things are going well for you. I think of you all often and Allan’s “you’ve got to try” philosophy. That advice has stood me in good stead over the years. I actually think there needs to be a “Crawford Award” for repairing old horse gear! Please give your folks a big howdy from mule Polly and me. Happy Holidays. Bernie